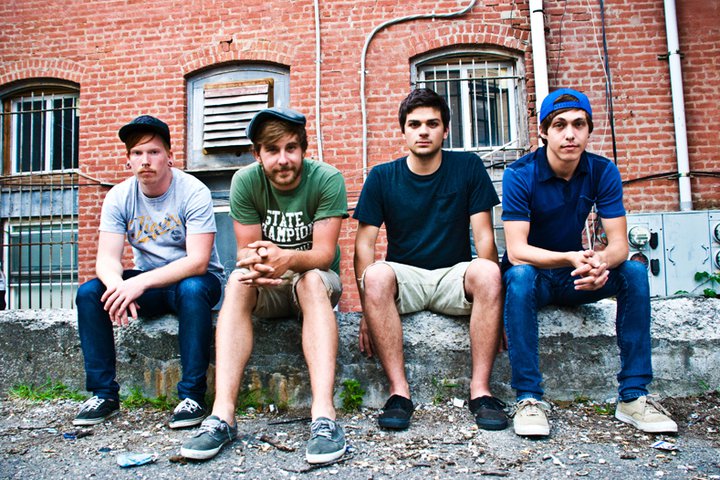 We’re always excited to announce a new member to the Panic Records family. These guys of course are no exception. If you’ve been a fan up to this point of the bands that Panic Records releases, then Young English will not be any different and you’ll find yourself putting them on repeat once their record hits your __________ (enter your format of choice here).

From Orange County, NY, Young English got their start when Chris (Vocals/Guitar) gave Gorse (Bass) a slightly intoxicated phone call to say that they should start a punk band. About a month later the writing began. Turning out to be more melodic and emotional than they had planned on, the two became excited and interested in what else they would be able to create together. Needing to round out their line up, Gorse called upon former bandmate Matt (Guitar) and Barry (Drums) to make up the components now known as Young English. The connection between the four was almost instant.

The members of Young English grew up on bands like Hot Rod Circuit, Saves The Day and The Get Up Kids. The influence of those bands is a mark that Young English wears with pride. With the proper amount of melody and drive that hasn’t been seen since the days of Texas Is The Reason, Young English takes us back to the mid 90’s where the underground emo punk sound reigned and felt special.

Their first EP titled I Hate My Friends was written in the span of 3 months and recorded with Alan Goot. I Hate My Friends will get a vinyl treatment in the way of a limited 7″ on Panic Records November 22nd and is a perfect soundtrack for the fall months ahead of us. Click play below to listen to “Neighbors” from the upcoming 7″ now: