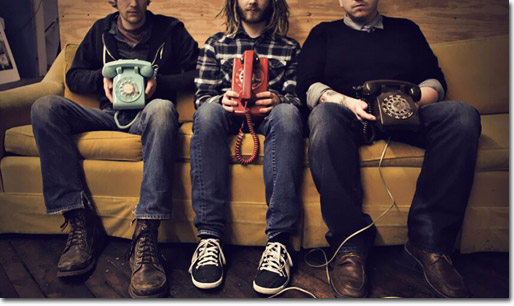 During Boston’s cold winter months, layering on sweaters and jackets can only keep you so warm. For musicians, the solace of a nice studio, and creating music that warms you on the inside can be just as much of a necessity to keep your sanity through those freezing times. That’s just what the members of Humaana had in mind when forming as a studio project in the fall of 2009.

Bassist Aaron Bernard and drummer Tim Manning had been playing music together for years in their previous band Late Nite Wars and had recorded all of their releases at Format Audio with engineer Ryan Stack. After establishing a friendship with Ryan, Humaana was formed with a goal to write and record as much material as possible without any genre constraints.

Bands like Karate, The Police, Phoenix and The Kinks have laid the maps in front of Humaana as guidance for their sound. Humaana serves as an outlet for its members to play music closer to those influences while taking a new path to explore themselves.

Comfort was written and recorded in the fall of 2010 between a series of long breaks due to careers and touring. The EP will appeal to any fan of indie music in need of the warmth only provided by a great song. Comfort will see the light of day on vinyl, CD and digital formats, beginning February 28th via Panic Records.

Humaana are streaming the first track, ‘Passing Parade’, from the Comfort EP now: