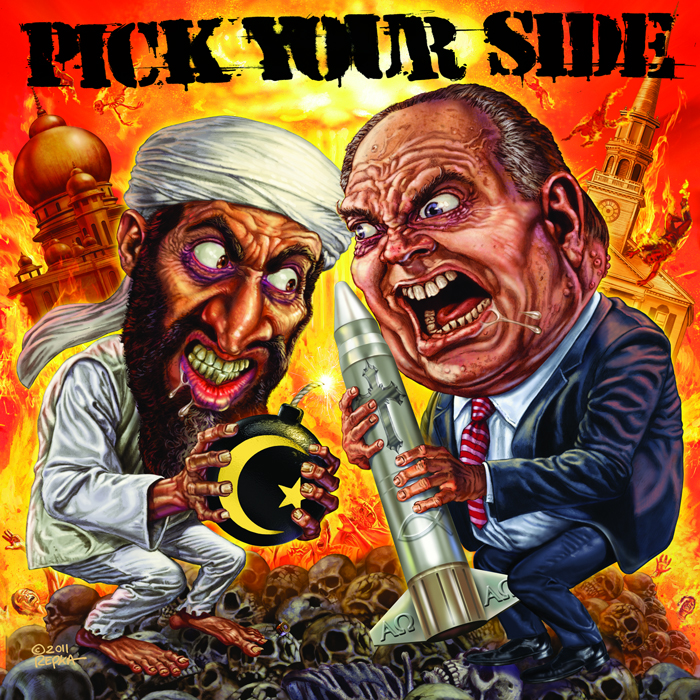 Hamilton Ontario’s PICK YOUR SIDE will be releasing their new LP ‘Let Me Show You How Democracy Works’ next month via A389 Recordings.

Picking up where last year’s ‘Survival Prayer’ EP (A389/RSR) left off, ‘Let Me Show You How Democracy Works’ was recorded by Matt Connelly of Northwood Studios and features 16 tracks of brutal hardcore that falls perfectly in line between main writers’ Jeff Beckman (Haymaker/Left For Dead) and Johnny Ibay’s (Fuck The Facts) previous bands. Wrap it all up in some insane artwork by the legendary Ed Repka, and you have what many are calling the most anticipated hardcore release of 2012.

Band: Pick Your Side