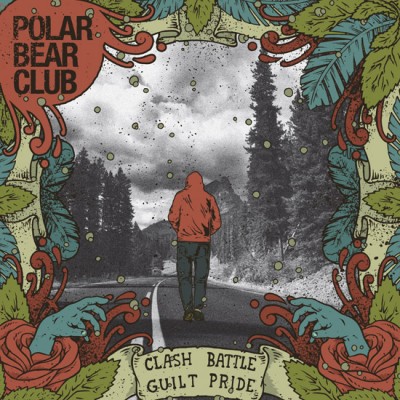 Filmed throughout November of 2011 while Polar Bear Club was on tour with Rise Against across the UK, director Ryan Mackfall (Chuck Ragan, Foxy Shazam, The Wonder Years) captured the lives of Polar Bear Club and the energy of the band and crowd from those shows in their new live video for the song “Killin’ It”. Polar Bear Club vocalist Jimmy Stadt commented, “Ryan is really good at what he does. He just laid back and shot us like you would a documentary. He came out with us while we were supporting Rise Against which was nice because the venues were so cool and beautiful to shoot but we also wanted to show exactly what we do on a typical support tour. Drive, load in, play, load out. Simple, to the point and onto the next.” Check out the “Killin’ It” video now:

This year, Polar Bear Club will tour across North America on the Glamour Kills tour in March and April and will head out on the Vans Warped Tour later this summer. Additionally, the band will premiere another music video from Clash Battle Guilt Pride, and details for that will surface soon.

More info and tourdates on http://www.clashbattleguiltpride.com/