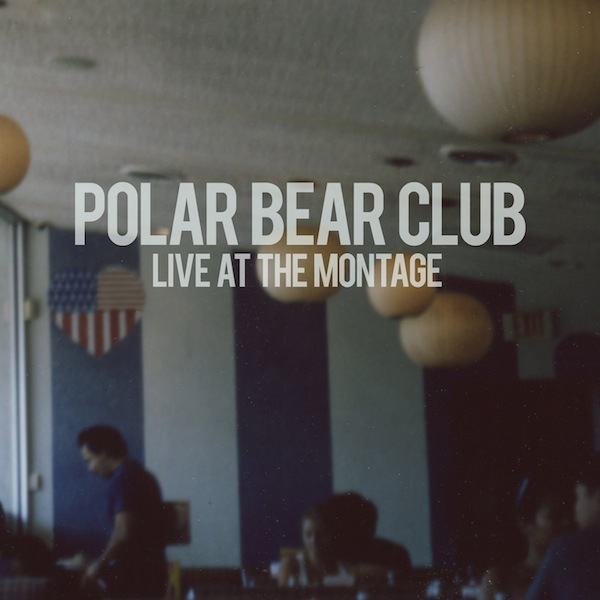 Rochester, NY’s Polar Bear Club is set to release a 9-song acoustic live collection from their hometown show last July at the Montage Theater. Titled Live At The Montage, this album features songs spanning from all over Polar Bear Club’s musical career thus far – tracks off of their debut album Sometimes Things Just Disappear, from their first B9 album Chasing Hamburg, and to their most recent Clash Battle Guilt Pride. Recorded and engineered by Jay Maas of Getaway Recordings (Defeater, Bane, Cruel Hand), this collection truly captures the energy and urgency of Polar Bear Club’s live show.

Polar Bear Club will spend June, July and the beginning of August out on the Vans Warped Tour alongside bands like Rise Against, New Found Glory, Taking Back Sunday, and countless others while canvassing North America. Following their Warped Tour run, Polar Bear Club will head overseas for festival appearances and shows in Germany and the UK. Earlier this week, the band premiered their new video for the song “Screams In Caves“.