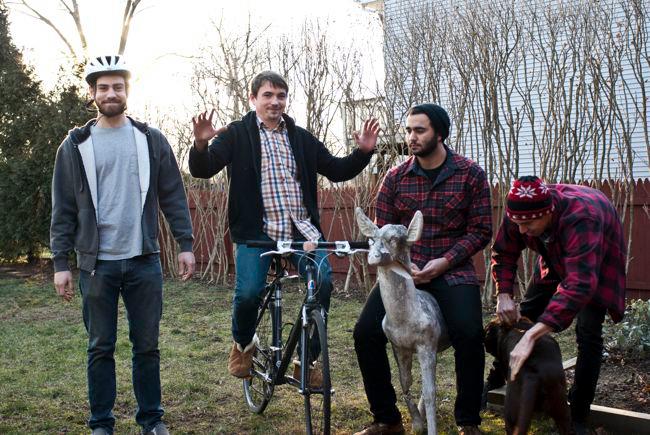 Prawn has begun work on a new EP with Greg Dunn (Moving Mountains) recording and mixing. The EP will be released by Topshelf Records this summer.

Prawn formed in Ridgewood, NJ in the summer of 2007. The band draws its influences from Indie-Emo and Post-Rock. The band has extensively toured the U.S., self released two EP’s and one tour demo. The band self-released their first full length “You Can Just Leave It All ” in June 2011 and Topshelf Records later released it in on vinyl. Prawn will tour the UK and Europe this summer.