Pre-orders for Carry On’s A Life Less Plagued are up! 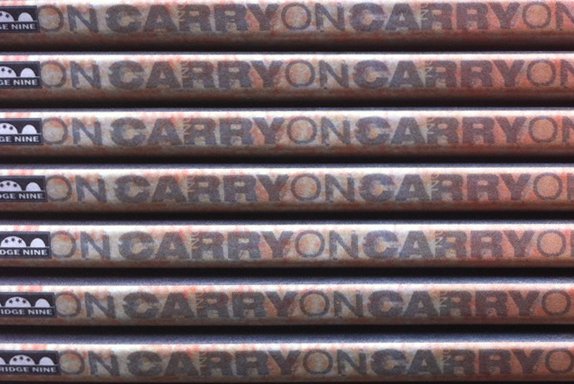 Ten years after it’s release Bridge 9 has decided to do a repress of Carry On’s A Life Less Plagued. Here is all the info:

It’s hard to believe that it has been 10 years already since this now classic LP was recorded. For those who aren’t familiar with B9’s earlier roots – this was our first full length album – one that we poured everything that we had into. I met the Carry On guys when I went out to California on American Nightmare’s first West Coast tour. Mullet (B9’s first webmaster) had picked up their 7″ and had nothing but great things to say about them. My first time seeing them live, I was blown away. We hung out during those few days on the tour, and the following April (’01) they came out to record with Kurt Ballou at his old studio. Unfortunately, good things don’t always last long and the band broke up soon after the albums release. The story doesn’t end there though, Carry On’s demise blossomed into an entire new wave of bands representing California. Terror, Piece By Piece, Internal Affairs, just to name a few. Each member went on to create even more new and exciting music, keeping the Carry On “A Life Less Plagued” LP relevant.

Working within a fixed budget is hard no matter the size of a label, but back then we had even less resources to work with. When the LP jacket was originally designed, it was a large, gatefold cover. When it came down to ordering the vinyl, we couldn’t afford it so we cut down the jacket to a standard cover. Now, with the opportunity to revisit the album, we’ve re-issued it the way it was originally planned.

This album is definitely in B9’s top 5 – not a single filler track on the album, all bangers. If you’re not familiar with the music, definitely check it out!

Make sure to pick it up – A Life Less Plagued re-press from CARRY ON… Pre-Order Now at B9Store.com!

One of the greatest albums B9 has ever released, Carry On’s A Life Less Plagued originally came out 10 years ago and was the first full length the label ever put out. Unfortunately, Carry On broke up shortly after its release, and the record has been highly sought after ever since. A Life Less Plagued has been unavailable on LP for the last 7 years and finally, Bridge Nine has re-pressed this classic album. For Carry On music & merch, visit B9Store.com/CarryOn and CarryXOn.com