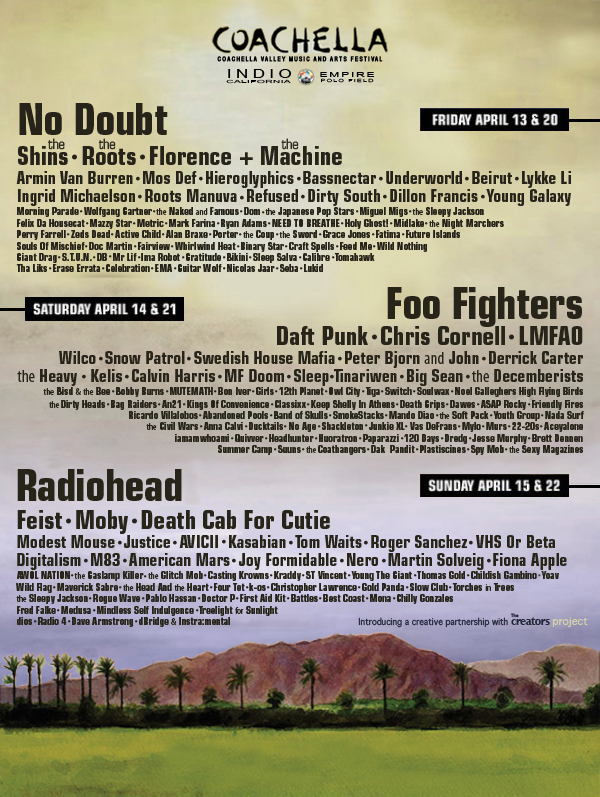 We can’t confirm if it’s real or not, but an “inside source” posted a sneak preview about what is supposed to be the lineup for Coachella 2012.

And who’s on the bill? Amongst already confirmed acts like No Doubt and Radiohead? You might have guessed it already if you read the title of this news article:

Yes, another reunion, but I wouldn’t mind some Euro dates as well…

You can read the whole supposed lineup here: http://starzuncut.com/2011/11/23/coachella-2012-lineup-predictions-leaked-rumors/