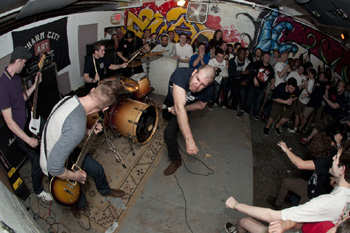 Apparently Revelation Records is back releasing new records instead of discographies and books. They’ve signed The Rival Mob: