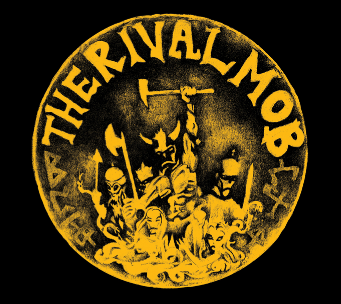 Drawn up by some of the most unsavory souls in the Boston underground hardcore scene and reinforced by members who have done time in infamous area bands like Mind Eraser, Righteous Jams, Mental, XFilesX, and many others, THE RIVAL MOB have become darlings of the current hardcore scene. The band’s Revelation Records debut, Mob Justice, picks up right where their previous EP Hardcore For Hardcore (Six Feet Under Records) left off. Vocalist Brendan Radigan spews venom at the ills that plague both the outside world and the scene itself, delivered over fast, stagedive-inspiring hardcore that brings to mind the best of mid- to late-80s New York hardcore bands like Youth of Today, Warzone and Breakdown.

In between serving time with their current other projects World War 4, Give, No Tolerance and Boston Strangler, THE RIVAL MOB will be playing record release shows for Mob Justice on both coasts, highlighted once again by the big summer festivals as well as their first-ever trip across the Atlantic to Europe.