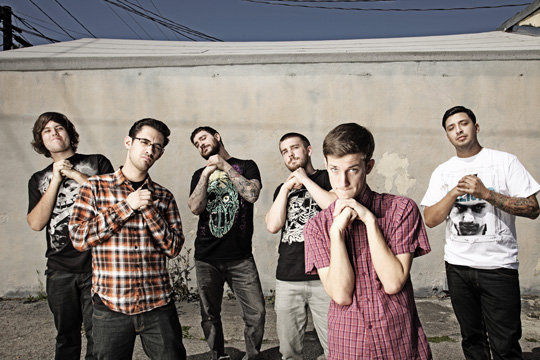 US melodic pop punk heroes, Set Your Goals kicked off their European tour with Every Time I Die yesterday in Cologne, Germany. Supported by Cancer Bats, the two bands will be playing shows in eight different countries across Europe.

On May 20th, Set Your Goals will head to the UK to play a run of shows with Make Do And Mend along with Spycatcher, starting in Tunbridge Wells at The Forum. They will be ending their tour in Reading at Sub 89 on May 28th.

The band just released two brand new songs “Only Right Now” and “I’ll Walk It Off” last week. Produced by Chad Gilbert of New Found Glory, the new songs offer fans a glimpse of what’s to come for Set Your Goals. The new two new tracks are available for purchase at http://itunes.apple.com/album/only-right-now-ill-walk-it/id517582645

“These are two of the songs that we’re most proud of says,” Set Your Goals frontman, Jordan Brown. “The recording process was the easiest it’s ever been, especially for the vocals and the lyrics, and we’re really excited to work with Chad Gilbert. We have a great connection and known each other for a while and it felt like he was a part of the band writing with all of us.”

Chad Gilbert, guitarist for New Found Glory offers, “I’ve always wanted to work with Set Your Goals and I’m so happy it finally worked out. I felt I was a perfect match for their staple sound! Combining hardcore roots with catchy punk influenced melodies. We made these songs for their diehard fans but I have a feeling they will win over lots of new ones!”

See the band on tour on the following dates:

Mainland Europe dates with Every Time I Die and Cancer Bats

United Kingdom dates with Make Do And Mend and Spycatcher

Bands: Set Your Goals, Every Time I Die