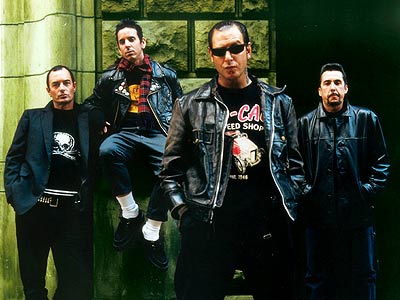 Social Distortion have announced full details of their upcoming European tour, which will take place in August and September this year. A month-long tour will include headlining shows as well as the appearances at festivals like Reading & Leeds in UK, Area 4 in Germany and Pukkelpop in Belgium.

This tour will also mark Social Distortion’s first-ever shows in Ireland and Scotland, as well as their very first appearance at the Reading & Leeds Festivals in UK, where they’ll be headlining the Lock Up Stage.

I know I keep saying what a priority the UK and Europe is to us, but I hope now everyone is taking our word seriously. We have such patient and loyal fans and we appreciate them carrying the Social Distortion flame in our absence. We feel it’s important for us to give back as much as we can of ourselves and we are proud knowing that we’re at least making an effort to fill a void of our early years. We also couldn’t be more excited about tour stops in new places like Scotland, Ireland and playing the Reading and Leeds Festivals for the first time. It’s crazy for ourselves to think that in our 33 years that there are still new cities and experiences for us out there. We’re really looking forward to seeing everyone as well introducing ourselves to Social Distortion fans who just don’t know it yet.

Social Distortion’s latest release Hard Times and Nursery Rhymes (2011), has debuted at #3 on German Album Charts and #4 in the US Billboard Chart, making it the band’s highest charting album in their 33 year career.