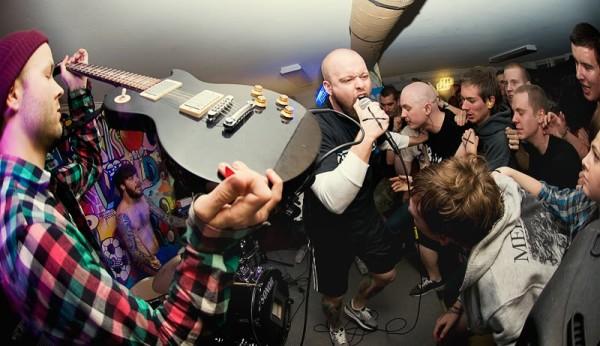 Swedish straight edge warriors Stay Hungry announced that they’ll be releasing a new ep on Catalyst Records next year. The band’s first release ‘No Beginning, No End’ was released on Reflections Records. Their follow-up album ‘Against The Wall’ was released by Green Menace Records amongst others.

The band is stoked on working with Catalyst Records as they say on their blog:

As we are celebrating three years as a band, we are very happy to announce our future partnership with no less than Catalyst Records, a label that has had a clear straight edge profile for almost twenty years and worked with a long list of cool bands, such as our friends in Anchor. It also means that we will take part in the label’s current drive with European edge bands, such as Unveil and Wolf X Down. Needless to say, being offered a release on a label with both an honorable history and strong present day momentum means a lot to us. It will be very inspiring to start working on material for an EP, set for a 2012 release.

We have unleashed the fuckin’ fury!

The band recently performed at Fluff fest. Footage of their performance there (amongst others) can be seen here: