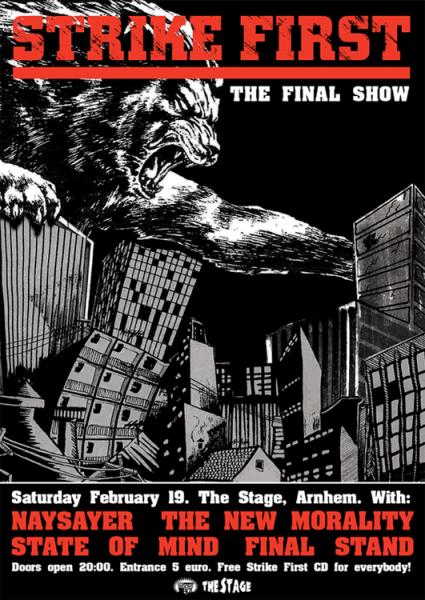 Remember Strike First? They were a great band and besides that it was always a pleasure to hang with those guys. But earlier this year, on the 19th of February to be exact, Strike First played their final show in their hometown Arnhem. Place to be was The Stage. 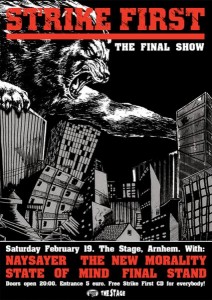 It was a great goodbye to the band and luckily they were smart enough to have it filmed with several camera’s. As a bonus they separately recorded the audio of the show too (multiple tracks from the soundboard). After mixing the audio (Kenny Ox), editing the video (Dirk Trilob) and mixing it all together the result is pretty damn cool. Today they launched 3 previews (with unmastered audio) of the full show that will be presented on this site later this year. For now, just enjoy this footage.