Such Gold and A Loss For Words releasing split together 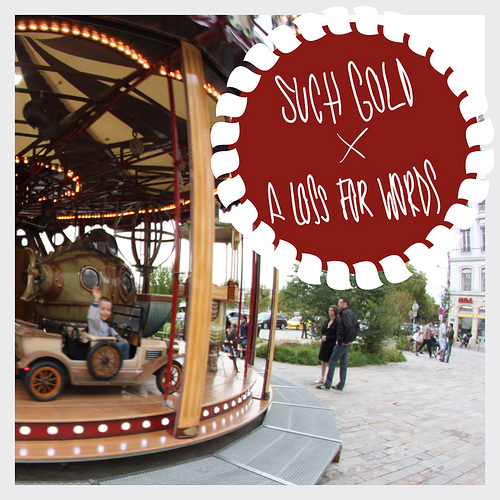 Rising punk bands Such Gold and A Loss For Words have announced plans to release their upcoming split release out November 22nd on No Sleep Records / Mightier Than Sword, after more than a year in the making.

Says Such Gold’s Devon Hubbard (bass): “We’re super stoked to work with A Loss For Words, they’re a band we’ve been friends with now for about 2 years and this is a long time in the making. They’re great dudes, super excited for them and all the stuff they have coming up, and their side of the split is pretty fucking sweet.”

Says Matty from A Loss For Words (singer): “I am super stoked this will be our first 7″. What better way to release it then with some of our best friends SUCH GOLD who I think are one of the most honest and hardworking bands of our generation! Not to mention releasing it on 2 of the coolest Indy labels NO SLEEP & MIGHTIER THAN SWORD RECORDS!”

On a sidenote Such Gold will be entering the studio this November to record their debut full-length out Spring 2012 on Razor & Tie Records. A Loss For Words’ new record “No Sanctuary” will be available October 22nd on Velocity/Rise Records.

Bands: Such Gold, A Loss For Words