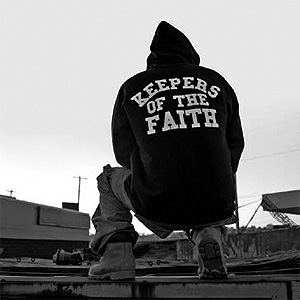 Terror will release a CD/DVD reissue of their latest album, Keepers of the Faith, on November 1st via Century Media.

The outing will include a DVD entitled Defining The Faith.

Further, the band filmed a video recently for the track “You’re Caught” (you can listen to the song below), which will be featured in the aforementioned DVD. The band filmed a video for the song “You’re Caught” on a day off during the group’s latest run of summer festival dates in Europe. Instead of making the “typical” hardcore live music clip, the band opted to shoot a video that features graphic violence and gore.