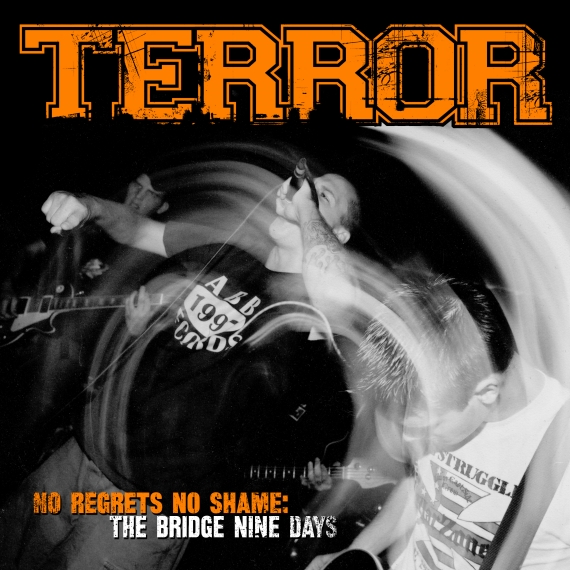 Check out the No Regrets, No Shame: The Bridge Nine Days teaser trailer:

You can pre-order the release here.

We posted about this release before, to refresh your memory:

No Regrets, No Shame: The Bridge Nine Days release captures modern hardcore band TERROR in their beginning stages with never-before-seen interviews and performances from one of their most popular albums, Lowest of the Low. Filmed back in January of 2003, TERROR performed at the Showcase Theater in Corona, CA and the footage was captured by then-new filmmaker Ian McFarland (now of the established Killswitch Productions). This amazing footage has been sitting in a vault at Bridge Nine for the last nine years and is finally assembled to see the light of day. With stagedives, sing-a-longs, and unparalleled energy from the band, No Regrets No Shame captures TERROR in their most raw and nascent form.  Bonus features like the “Push It Away” music video and a full set from Terror’s Headline Records in-store performance from the same timeframe are also included, and this CD/DVD (& LP with all remastered Showcase Theater audio tracks) release hits stores on April 24th, 2012.