The Carrier disband after European tour and final show in Boston 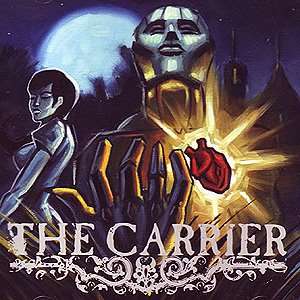 Deathwish band The Carrier have announced that they’re breaking up. Here is their statement:

We saw that there were some rumors floating around about us, and figured that now is probably the best time to clear the air:

It’s with very mixed emotions that we announce that The Carrier will be breaking up this upcoming March. There are a lot of reasons that have led us to this decision, and it wasn’t an easy one. But ultimately, we all share a mutual feeling that we’re transitioning into different chapters in our lives—personally and musically. The overall mood of the band has changed profoundly since we first started, and frankly, we can’t continue to put forth the passion that we once had.

We were all either sixteen or seventeen years old when this band formed in 2006. After recording our first demo, we sat in our bass player’s basement burning copies, and sent them out to anyone who asked for one over the Internet. Those songs meant everything to us, and we were thrilled that people even cared enough to listen. We didn’t anticipate that we would ever get to play outside of New England. However, since then, we’ve gotten tour the whole US, Canada, and Europe, released two full lengths and an EP, and got signed to our favorite record label. We are forever thankful that we got to fulfill these opportunities. In short, it’s been an extremely unique and compelling coming of age for all of us, and we’ve made countless memories—good and bad. With that being said, we’re getting older, it doesn’t feel right to continue playing songs that we wrote in our mid-teens. And sadly, we’re finding it increasingly difficult write new material. Thus, it only feels right that we come to an end.

Thank you to everyone who has helped us along the way: our brothers in The Bonus Army, Rock Vegas Records, Deathwish Inc, Josh Hynes and everyone at Anchors Up, all the bands we’ve toured with, and, of course, everyone we’ve ever partied with. (It’s estimated that we’ve drank at least a million beers and three Olympic sized swimming pools filled with Jager over the past six years). It’s been quite a journey, to say the least.

In March, we will be playing a string of European shows, as well as a last show in Boston. Details are soon to come. This has been the most important part of our lives while it lasted. We hope to see you all there to give us some closure.