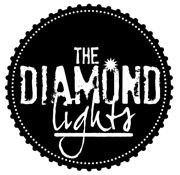 The Diamond Lights are a 2 piece rock band from London, who are set to play their debut shows as part of a joint UK TOUR with US band Nightmare Air, ahead of their performance on the New blood stage at 1234 Festival.

We are giving you an exclusive FREE DOWNLOAD by the band which can be listened to below:

They describe themselves as ‘Fire in the belly, riffs at the ready’ so if you fancy some of that catch them on TOUR at the dates below :