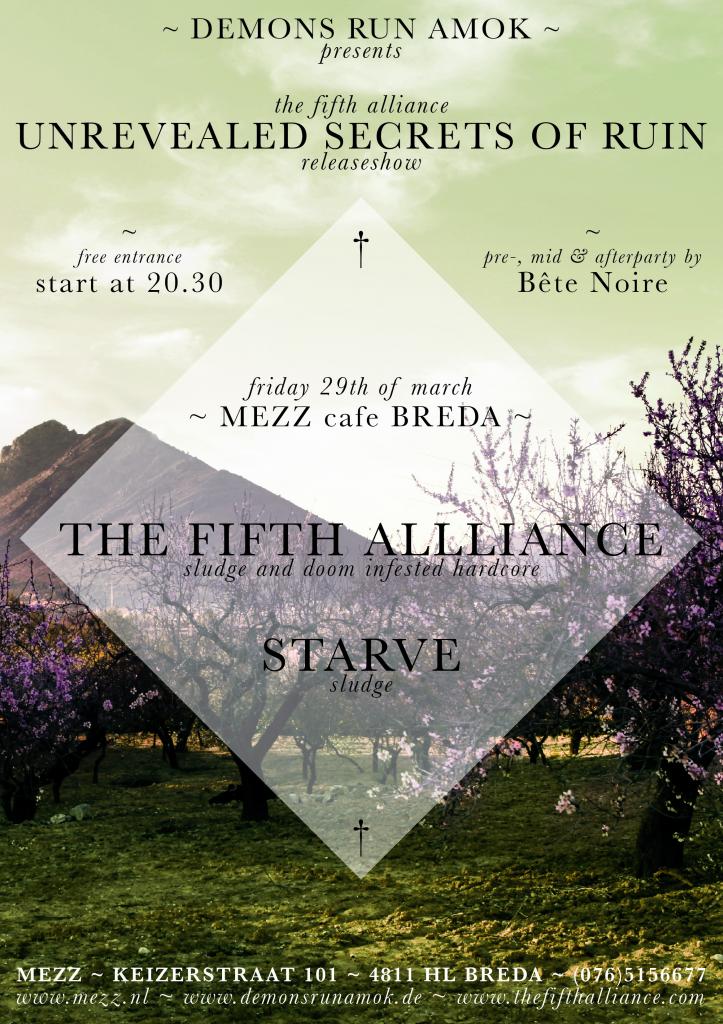 After 3 years, since their last release “Reflections On Consciousness” on CFC records, The Fifth Alliance will release their first full album “Unrevealed Secrets Of Ruin” on Demons Run Amok, home of hard hitting bands like New Morality, Hierophant, Trapped Under Ice and lots more.

The official release show will take place in Mezz, Breda on 29.03.2013 along filthy sludge metallers Starve (Facebook event). A special release show version of the new album will be available then! The Fifth Alliance will also be supporting I Am Heresy and Hierophant on their Dynamo, Eindhoven show on 23.03.2013.

Title track from their upcoming album is up on SoundCloud and free for download here: