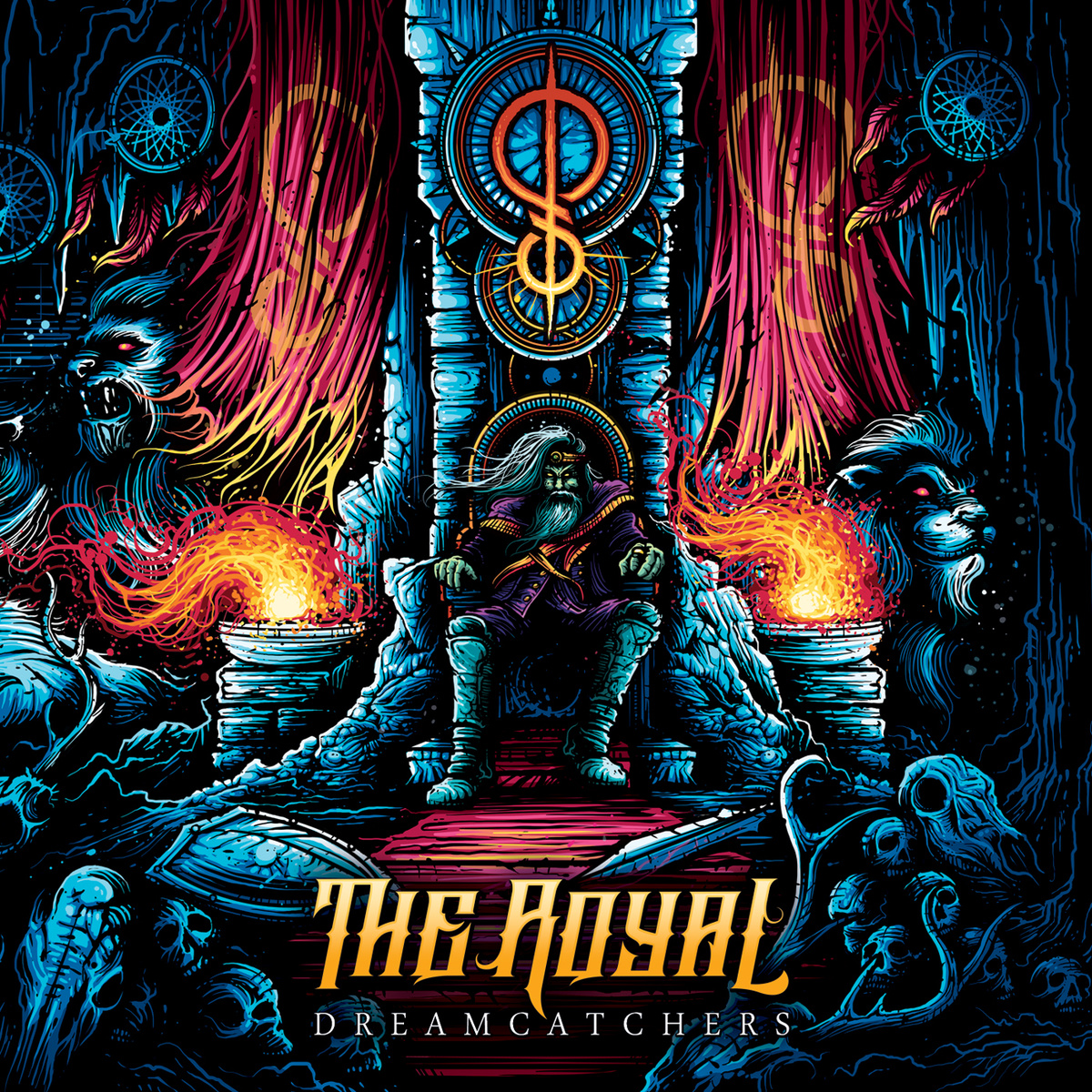 After months of hard work, metalcore band The Royal released their first full length called ‘Dreamcatchers’. The album contains 13 tracks and is mixed and engineered by the American producer Cory Brunnemann. The songs definitely cover a great deal of melodic hardcore, metalcore and progressive metal elements, without being boring or monotone. Riffs that stick, brutal vocals combined with raw backings with tone, recognizable oriental spheres combined with exquisite melancholic parts and big tempo switches. Given their ability to draw the listener in with brutally honest lyrics supported by technical but easy listening instrumentals, The Royal shows solidarity for their future as a band to be taken very seriously.

But that´s not all, The Royal worked together with big artist like Shawn Spann ( I The Breather ) and Ryan Kirby ( Fit For A King ) who both have a featured part on this album. For the artwork of Dreamcatchers, they collaborated with none other than illustrator and designer Dan Mumford who also created artwork for bands like; Parkway Drive, A Day To Remember and Miss May I.

Dreamcatchers will be available on iTunes and all major streaming platforms soon. It can also be ordered at their online webstore http://theroyal.bigcartel.com/

Earlier this year The Royal released a videoclip of the single Dreamcatchers. You can watch the video here:

A complete track listing of the album reads as follows:

This last track is an orchestral version of Origins, the title track of their EP from 2012. If you want to know more about The Royal, check out their website www.theroyalofficial.com