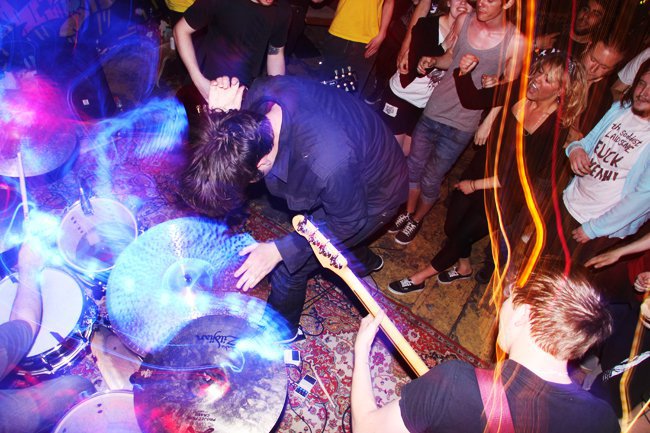 Burgeoning indie, Topshelf Records, has signed Boston’s The Saddest Landscape and plans to release the band’s full-length label debut in early 2012. The label has previously released the band’s split 7” with We Were Skeletons earlier this year.

The guys will start recording the new record at New Alliance Studios in Boston, MA, starting November 5, with producer John Past, who they collaborated with on their last album, 2010’s You Will Not Survive.

The Saddest Landscape provides cathartic therapy for desperate and dark matters of the heart. With passionate vocals and pummeling, powerful musical landscapes the band never relents nor wavers as they drag you through their own personal hell. The band has redefined expectations firmly establishing themselves in a scene that desperately needs them. 2012 should find The Saddest Landscape further entrenched as an uncompromising pioneer in the ever-evolving screamo genre.