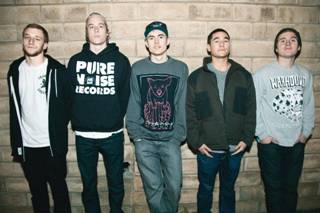 Walnut Creek, California’s The Story So Far is proud to announce they’ll be part of the Slam Dunk Tour in the UK starting May 23rd in Newcastle and ending June 2nd in Kingston. Included in the dates are the band’s appearances at the three Slam Dunk Festival dates May 26th in Leeds, May 27th in London, and May 29th in Glasgow. The club dates will feature headlining act Hit The Lights with Transit and Decade also serving as support.

This tour marks the second time the emerging pop-punk five-piece has been across the pond this year. The band shot their recent video for “Roam” with director Paul Hope in late January / early February on their two week UK tour supporting Man Overboard. Check out the video below:

A live video of the band, shot and edited by Evan Henkel of The Waiting Room, at legendary Bay Area venue, 924 Gilman can be viewed over at Alternative Press.

Band: The Story So Far