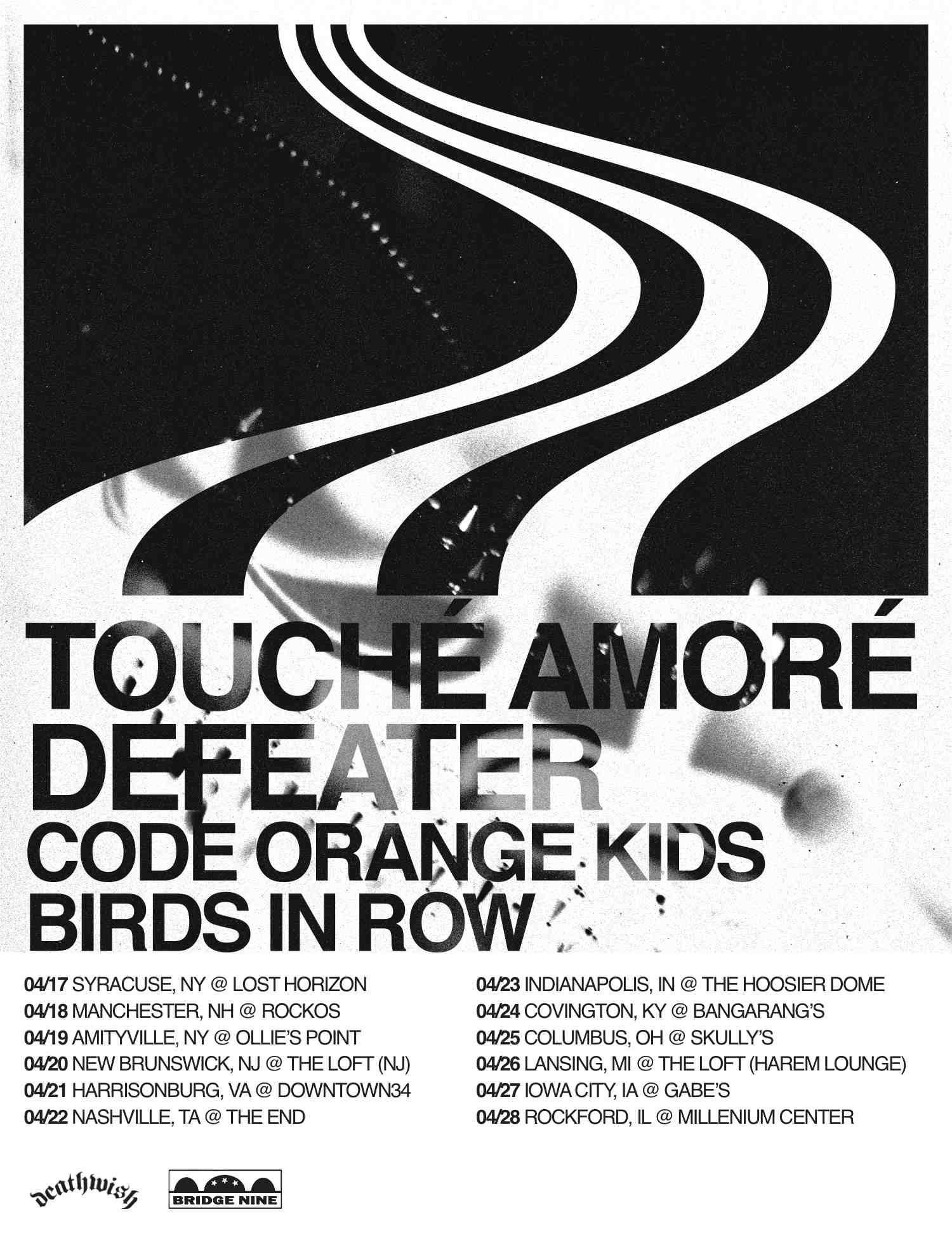 Los Angeles’s Touche Amore (Deathwish Inc.) and New England’s Defeater (Bridge Nine), are excited to announce a two-week North American tour together this Spring. Running from April 17th through April 28th, the bands will hit the east coast, south and midwest United States with Code Orange Kids and Birds In Row set to support. Touche Amore and Defeater have been friends for several years, and both bands are looking forward to sharing the stage together for these two weeks. Check out the full list of tour dates below.

Touche Amore are currently out on their biggest tour to date (Europe with Rise Against), and will be overseas for the remainder of March. Upon their return, the band will head straight to Canada where they’ll tour alongside Cancer Bats until they meet up with Defeater on April 17th in Syracuse, NY. Touche Amore is still going strong on 2011’s Parting The Sea Between Brightness and Me, which was called “one of the most grippingly direct hardcore albums in recent memory” by the AV Club, as well as being named LA’s Best Metal Album of 2011 by the Los Angeles Times

Defeater’s most recent album, Empty Days & Sleepless Nights, was called “…one of the most original, brave and emotionally powerful albums of this or any other year” by Rock Sound Magazine and Boston’s Weekly Dig said the band is “a force to be reckoned with”. Defeater closed out 2011 by touring across the UK with Every Time I Die and by releasing their opus of a video for “Empty Glass”, which was premiered exclusively on NPR.org. This tour with Touche Amore is the perfect kick-off for 2012 for Defeater, and the year has a lot of big things coming for the band. 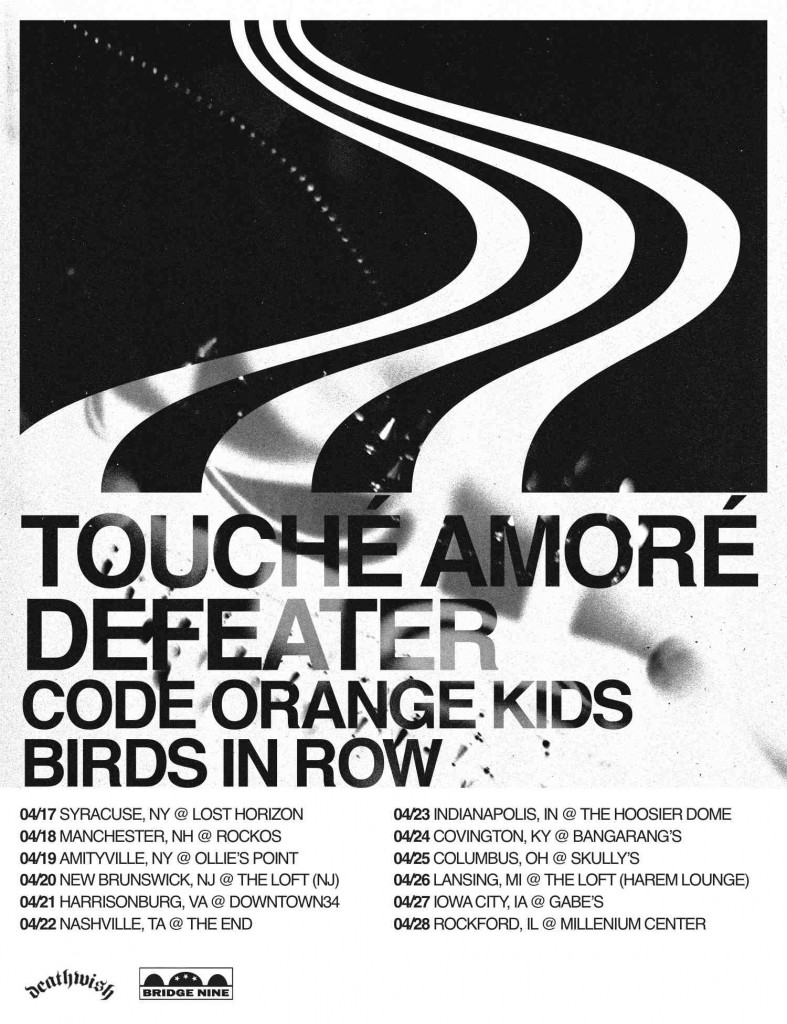