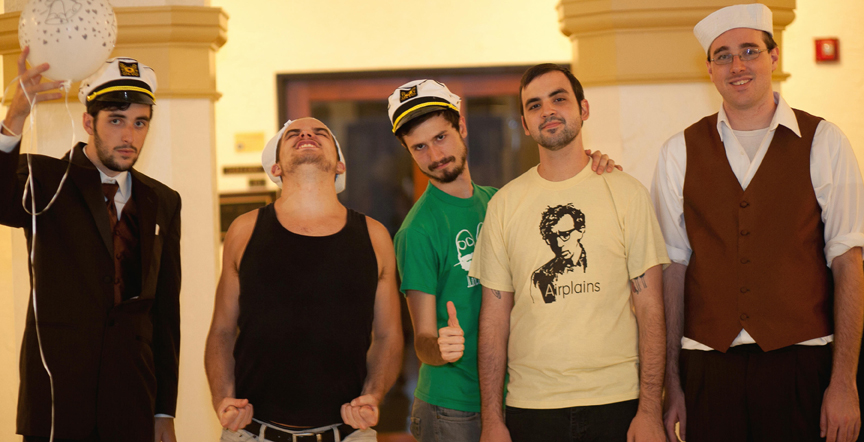 Tiny Engines (Tigers Jaw, CSTVT, Look Mexico, Restorations) is stoked to welcome Gainesville, FL’s Wavelets to its growing family of bands. The label will release the quintet’s debut full-length, Athaletics, on 12″ vinyl and digital formats in late Fall. Pre-orders will come at the end of September.

To celebrate the great news, the band and label have teamed up with the folks at Absolutepunk.net to debut a new song. Swing by the site and listen to the exclusive stream of this brand new song “We’re Really Jazzed About The Gig.”.

Additionally, Wavelets was recently included on the Topshelf Records 2011 Label Sampler. This compilation features some of the very best of the underground emo / punk scenes, including Pianos Become The Teeth, Touché Amoré, Moving Mountains, Balance And Composure, La Dispute, Grown Ups, Bars Of Gold and much much more … not to mention most of the Tiny Engines Roster as well.

Recorded by Matt Finch and Ryan Williams at Black Bear Studios (Hot Water Music, Chris Wollard, City Of Ships), Athaletics traverses nine tracks of somersaulting, emotionally charged indie rock (let’s just call it emo) that initially feels a little out of place in relation to the tuneful, gruff punk that Gainesville and its bearded denizens have become known for. Still, great music transcends scenes, genres and geographical limitations; in that sense Wavelets is thriving with its boundless energy and freewheeling, friends-first attitude … not to mention the outfit’s ability to create music that is both intricately complex and instantly catchy. It’s this unique blend of technicality and structural ingenuity that initially grabs our attention, but it’s Athaletics comforting nostalgia and sense of fun that really wins us over and begs for repeat spins. Recommended for fans of Algernon Cadwallader, Street Smart Cyclist and Weatherbox.

Since its 2009 inception, Wavelets has self-released a handful of digital EPs and singles, as well as a 7″ split with hometown brethren, Senders. To download the band’s full discography, go here.

Finally, be sure to follow Tiny Engines’ Tumblr, Facebook and Twitter pages for more exclusive streams and mp3 giveaways from Wavelets over the next few weeks!