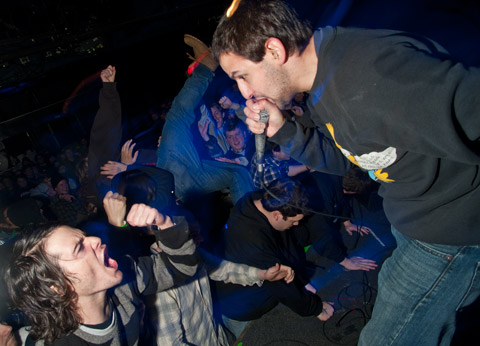 Chicago power violence dudes WEEKEND NACHOS have announced they will be releasing a brand new single titled ‘Watch You Suffer’ on A389 Recordings in January.

Set to coincide with the the band’s appearance at the A389 IX Anniversary Bash, the new NACHOS single will feature a song from their upcoming fourth full length LP and an exclusive B-side. Look for the debut of a new track to be posted soon!

The A389 IX Anniversary Bash will be taking place on January 18/19 at The Ottobar in Baltimore MD and will be featuring exclusive performances by Integrity, Catharsis, Gehenna, Left For Dead, Despise You, Lack Of Interest, Weekend Nachos, Pick Your Side, Like Rats, Sick Fix, Full Of Hell, Cynarae, Ilsa and Old Lines. Tickets are sold out.