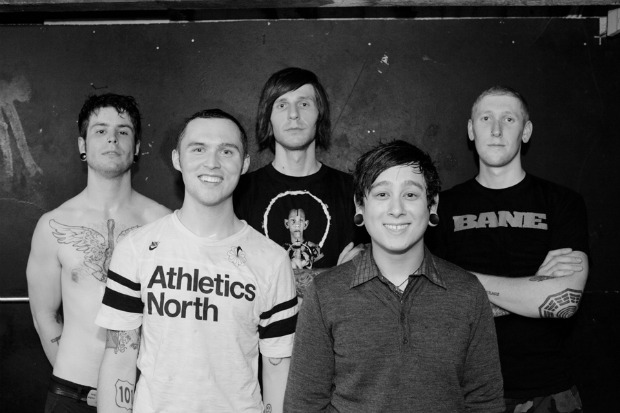 Animal Style Records is excited to welcome Young Turks (from Portland, OR) to its ever-growing family of amazing bands.

Influenced by the likes of Kid Dynamite, Good Riddance and Refused, the PDX outfit features ex-Broadway Calls bassist Matt Koenig on vocals, as well as members of Hell & Reason and More Than Heroes. Young Turks will begin tracking for its yet-to-be-titled debut full-length next week at D-Wreckords Studio. The LP is tentatively scheduled for a Summer 2012 release on both 12″ vinyl and digital formats.

To celebrate today’s announcement, Animal Style and Young Turks have teamed up with Alternative Press for an exclusive stream of a pre-production demo for “Priceline,” which will appear on the upcoming full-length. To listen to the song, go here.

In related news, the band’s 2010 self-released 7″ EP, Halfhearted, is now available for free download. Stay tuned for more information in regards to the upcoming full-length when the band finishes recording.