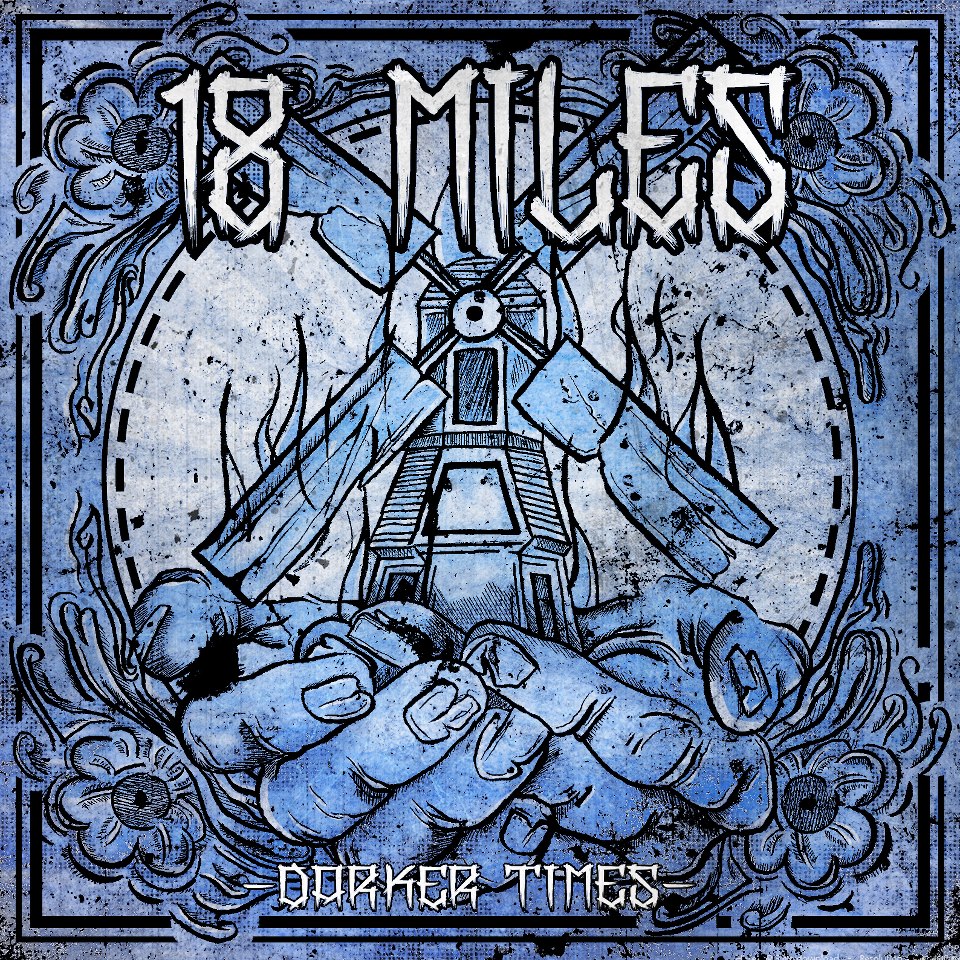 A few months ago, I was pretty impressed by 18 Miles’ video for the song Pushing Forward. That track was released as a prelude to Darker Times, the band’s first full length. Those who expected an album of straight up fast and heavy hardcore based on that one song may be in for a surprise, because these youngsters from the North-West of The Netherlands cover a lot of ground in roughly 25 minutes. Angry, moshy hardcore in the vein of No Turning Back and Terror, heavyness like Death Before Dishoner, groovy, pounding riffs that remind of Bitter End, a bit of 90’s metalcore here and there and more modern influences like The Ghost Inside, Parkway Drive and Comeback Kid all fly by, more often than not all in one song.

Such a variety of styles could easily result in a serious case of audible diaria, but Darker Times sounds surprisingly coherent. From the ultra-pissed off hardcore of opening track No Guts to the more melodic closing title track, 18 Miles sounds eager, angry and most of all urgent. A lot of this is due to the ‘blood, sweat, tears, puke, guts and heart all over the floor’ approach of singer Daan. Saying this guy gives his all is a vast understatement; he constantly sounds like he can reach through the speakers any minute to grab you by the throat and spit his lyrics in your face personally, without being overly tough or brutal.

Those who have a low tolerance for breakdowns may want to steer clear, because there are a lot of those. Still, the band manages to make them sound fresh and with this much energy constantly exploding in your face, it’s near impossible to not violently redecorate your surroundings. All this is complimented by a crisp, heavy but organic production that sounds like it was done in a professional studio. However, this release is entirely self-produced, which makes the quality all the more impressive. My only complaint is the somewhat empty and digital sounding drums, but I guess that’s just what hardcore sounds like these days.

Darker Times was originally only going to be a free digital release (that can be downloaded right here), but Belgium’s Perspective Records was wise enough to ensure a well deserved physical release on cd. The overall theme of this album is not giving up on your dreams, finding your place in life and facing your future with your eyes open and your fists up. With a release like this, that future can only be bright for 18 Miles. Don’t miss out on one of the most talented new Dutch hardcore bands out there.

Want to know more about 18 Miles and why they have a thing for touching cows?
Check out the New Breed interview we did with singer Daan.