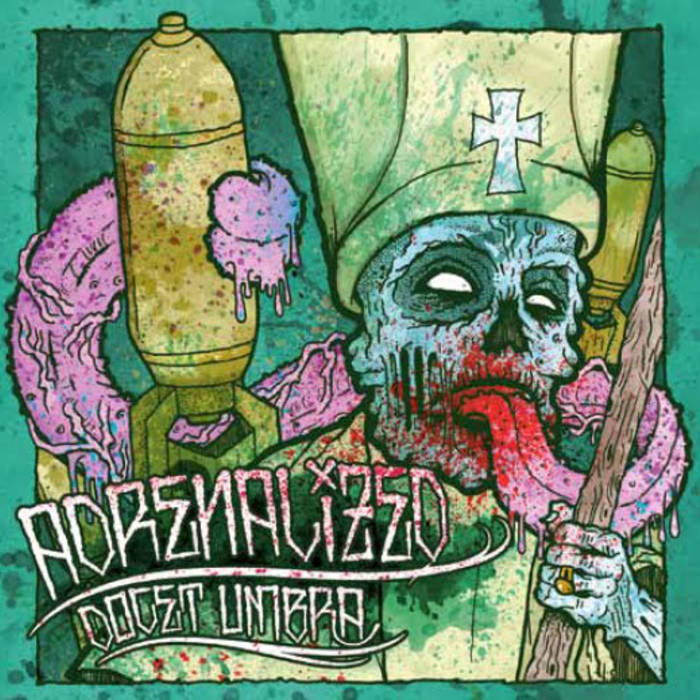 Adrenalized is a Spanish skate-punk band. With Docet Umbra they released their second album back in 2010. Normally I don’t review albums this old, but as Docet Umbra is remastered and rereleased (on vinyl for the first time) I’ll make an exception for these lads.

From what I can find online Andrenalized is doing well in Spain, but I’ve the idea they are not making big waves outside their home country. Or at least that’s my excuse for discovering their existence only now. Perhaps this rerelease of Docet Umbra will give them a push, which wouldn’t be undeserved.

Considering this is a skatepunk record you will not be surprised this album is filled with short, fast songs. 10 songs clocking in at around 25 minutes. In these 25 minutes Adrenalized fuses influences ranging from Propaghandi to Satanic Surfers to Pennywise. In some songs the influences really shine through, in other songs the band seems to be finding more of a sound of their own.

The name Adrenalized sounds a bit like a mission statement: keep you adrenalized. Their way of achieving that goal is speed and more speed. The riffs are usually played very fast, but are melodic in nature and sometimes bordering on thrash metal. Luckily for us Adrenalized include enough breaks and twists in the songs to steer away from one-dimensional speed. This makes the album also rather technical. The melodies are catchy but don’t stick to your head immediately. Because of that I would advise this band to anyone into this kind of music, but if you’re new to the scene, try some of Adrenalized role models first as they are playing in a different league al together.