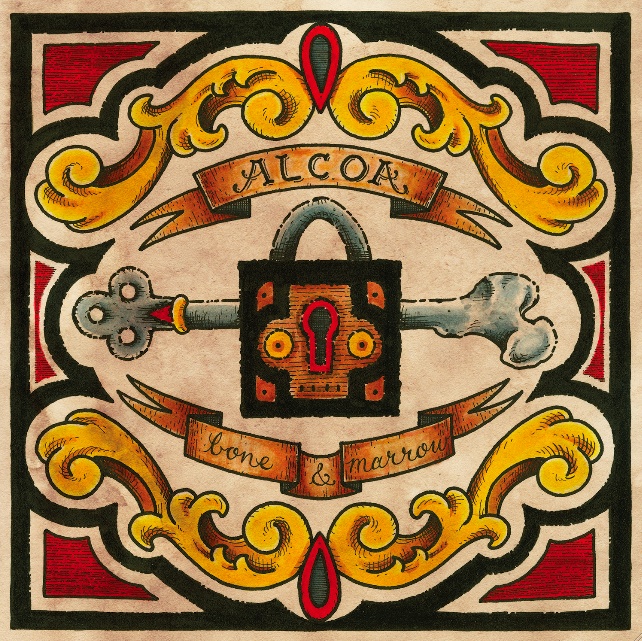 It had to happen someday that Defeater frontman Derek Archambault would release more material under his solo name of Alcoa. The big question is where does Bone & Marrow stand in comparison with the very well received records from Defeater?

‘Keep Track, Lose Track’  is a smart song to open the record with as it’s very close to the acoustic Defeater songs. But from there on Archambault starts to move in a slightly different direction, incorporating more country and Americana influences to give a twist on his songwriting that we haven’t seen yet from his Defeater output.

Lyricwise Bone & Marrow in one way is also very different from Defeater as these songs aren’t part of the Defeater storyline but on the other hand the Alcoa-songs do deal with familiar items such as alcoholism, strained relationships etc.

The big difference between Alcoa and Defeater is that Alcoa is less intense. The frustration and angst that fuel most Defeater songs is replaced by more instrumental variety. Does that make Alcoa less good? A bit. The hardcore crowd will appreciate what Armchabault is doing here but at the same time will always prefer Defeater.