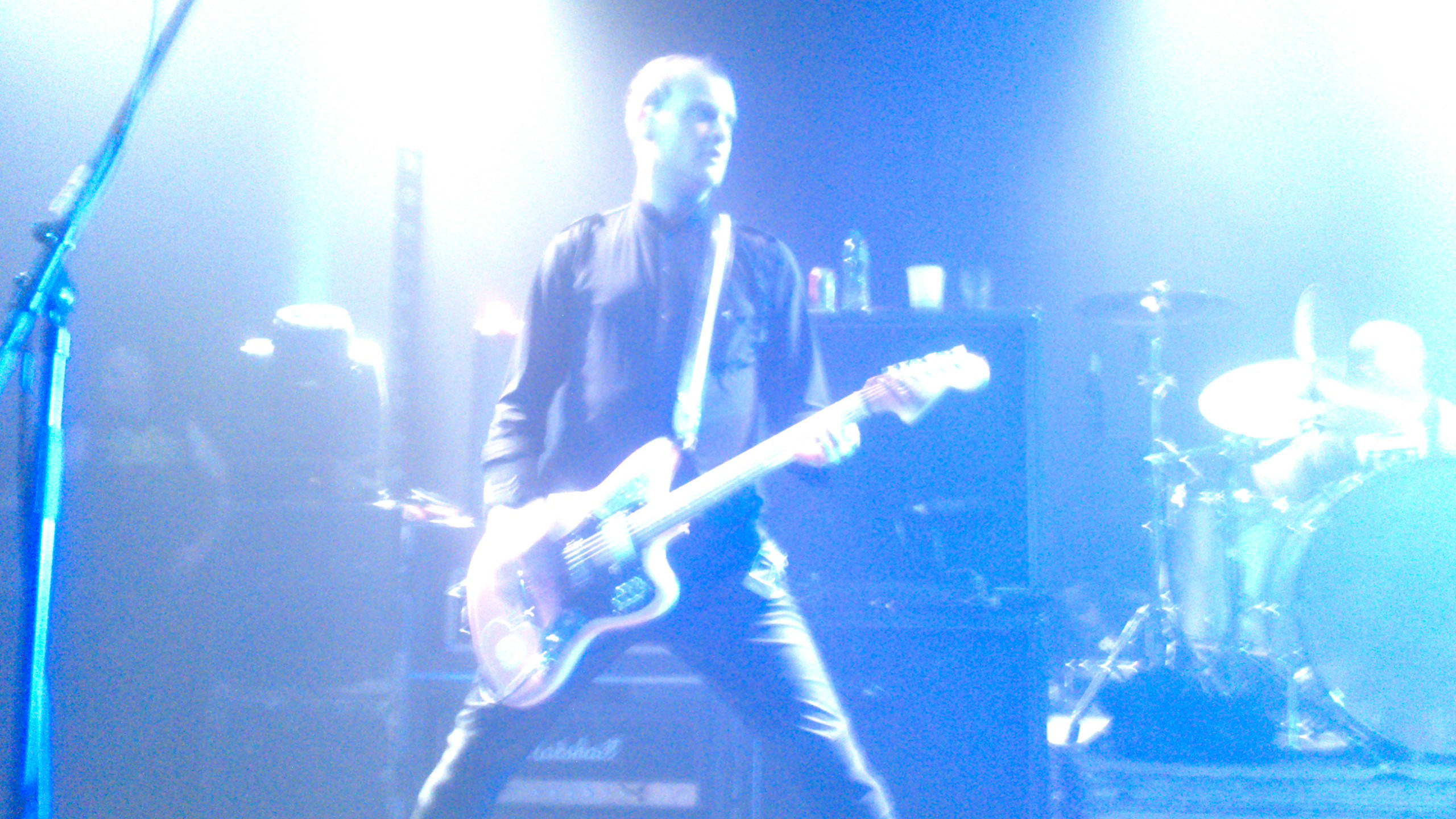 I haven’t seen a good Alkaline Trio show since their 2005 performance in Paradiso, Amsterdam. The band has just released Crimson and in hindsight probably had reached their peak in popularity and quite frankly, for a long time, also in creativity. Follow up records Agony and Irony and This Addiction weren’t on the same level. Then again I was really surprised with the release of My Shame Is True. Finally a return to form of the Trio. But a return to form in the studio doesn’t mean we were going to see a good live performance again. So when Matt Skiba set his swaggering foot on stage, wearing sun glasses and says he just got out of bed five minutes ago, I for one expected another big failure.

The first three songs in the set were ‘difficult’. Except for drummer Derek Grant (probably one of the best drummers around these days), the Trio or should I say duo consisting of Skiba and Dan Andriano certainly had a hard time coming back to earth. Later banter on stage revealed that the bandmembers had been smoking pot and partying in Amsterdam and Utrecht prior to the show.

What probably saved the night was the politeness of the crowd. People were quiet in between songs and there was an atmosphere which made it possible for Skiba to wake up slowly and start giving one hell of a relaxed performance. The turning point probably was the mass back up vocals to one of their newer songs ‘I Wanna Be A Warhol’, after that things just became better and better.

The crowd witnessed both Skiba and Andriano impersonating a waving bear, something they had seen on Youtube and laughed their pants off about for 45 minutes. Skiba was full of banter against stupid Americans including himself but also shared where the inspiration for the songs ‘The Torture Doctor’ comes from; it’s based on the excellent book ‘Devil In The White City’ which is about America’s first serial killer. (Check out that book cause Skiba is right, it’s really good). And there were lots of inside jokes going on between the three members.

Not surprisingly the band skipped to lots of periods of their career but seemed to ignore songs from Agony and Irony and This Addiction. There were some oldschool tracks like ‘Clavicle’ and ‘Radio’ and crowd favorites like ‘This Could Be Love’, ‘Mercy Me’ and ‘Sadie’. 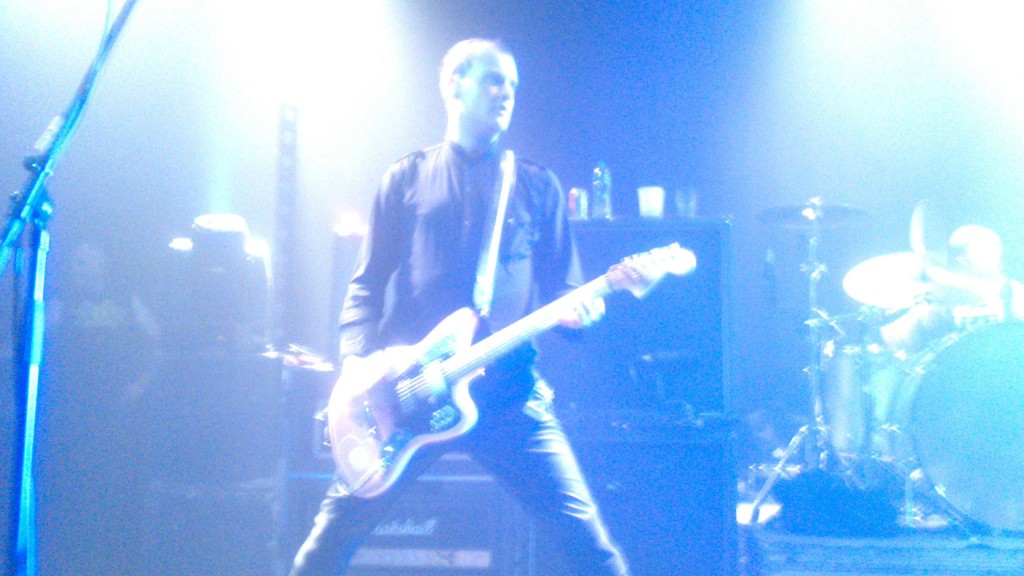 All in all the band worked hard to set up a great show, Alkaline Trio seems to be back.

Opening up for Alkaline Trio was Antillectual. Another trio but from our own country and with less sinister and more political lyrics. Antillectual is gearing up for their release of full length number four Perspectives and Objectives and played some songs of that one but most of the songs came from 2010’s Start From Scratch.

After already opening up for Bad Religion and NoFX in the past month Antillectual seemed pretty confident in this more intimate setting. While most of the audience primarily came to see Alkaline Trio, Antillectual managed to keep everyone interested in their songs and message.

In comparison with Alkaline Trio’s set Antillectual didn’t really pull any surprises. They’ve always been a very consistent live band and proved once again why they’re playing all over the world.