All For Nothing – To Live And Die For 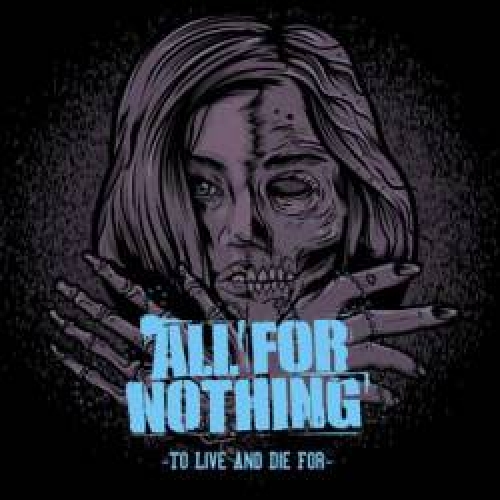 The Rotterdam Posse is not dead! Well maybe the original ‘posse’ around Dutch melodic hardcore pioneers Crivits is, but All For Nothing have over the years grown out to be one of the few Dutch hardcore bands going out there every weekend to get on stage and raise hell.

To Live And Die For is the second full length of the five piece and is a logical follow up to Miles And Memories. Since that one came out the band has done numerous headlining and support tours. Hard work pays off if you hear how tight the musicianship on the new record is. The band isn’t treating on new ground with their music, it’s still metallic new york hardcore with a melodic side.

The biggest improvements on To Live And Die For are the vocals of Cindy which sound more natural and less forced. Cindy does still have the kind of high pitched voice not everyone will enjoy, but from what I understand there are also people who don’t like the voice of Ray Cappo.

A big surprise on the new record are the guest vocals of Graig Setari of Sick Of It All, Straight Ahead etc on ‘Without A Doubt’. It makes you wish for a new Straight Ahead record. Speaking of Sick Of It All, in comparison with Miles And Memories, To Live And Die For has more groove on the groove parts and more focused fast parts. Maybe the band payed some attention when they did an European tour with the old men from Queens?

To Live And Die For isn’t a groundbreaking hardcore record, but it is a very consistent album that both old and new fans of New York Hardcore straight from Rotterdam will enjoy.

Band: All For Nothing