All Pigs Must Die – God Is War LP 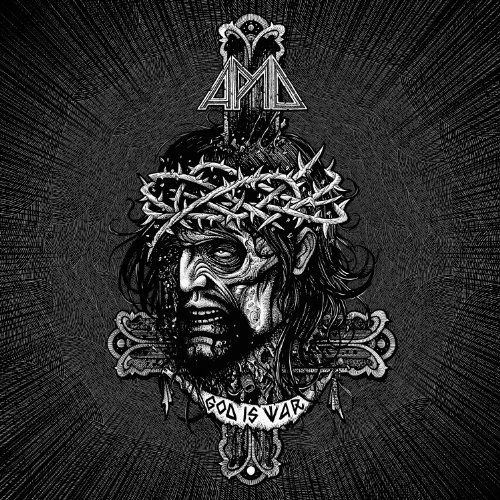 Usually there are high expectations when you read about the birth of a new band consisting of members who have a past by playing in other bands. And in this case we are dealing with not the least of bands. But, it must be said, that when a new band evolves out of others it is quite often disappointing. Therefore I was a bit cautious when I heard news about the existence of “All Pigs Must Die”, who released their first record by themselves earlier this year. In the end “All Pigs Must Die” was all that I hoped for; a pleasant surprise after giving this record a couple of spins. Not so weird that they got quickly picked up by Southern Lord records, inked a deal and had enough songs written for a follow up release of their self-titled debut record only a couple of months later. Again, my expectations were set high.

Were “All Pigs Must Die” predominantly opted for a fast and upbeat metal sound on their debut release, “God Is War” is a record with way more variation and relentless tempos which I consider as a definite plus. You can tell all members are experienced musicians and with Kevin Baker of The Hope Conspiracy fronting the band they have one of the very few vocalist out there who is actually able to translate emotion and rage (hate?) through his lyrics into his singing. He once again proves this on “God Is War”. You can almost feel his anger about everyday issues through the speakers.

“God Is War” crackles with passionate rage and is a brilliant combination of four angry musicians that throw in a dose of death metal, stay true to metallic hardcore and add some brutal mid tempo riffing. With that they have built an own identity which is hard to define and that is what makes “All Pigs Must Die” unique. There’s literally not one disappointing song on this entire record that comes with superb artwork from Florian Bertmer. The gatefold cover artwork has a dark feel to it that fits the music very well. On the front cover there’s an obscure looking Jesus Christ displayed wearing a crown of thorns on an upside down cross with  a “God Is War” banner. So good, so straight to the point. Can’t else but conclude that this album is just right from start to finish.