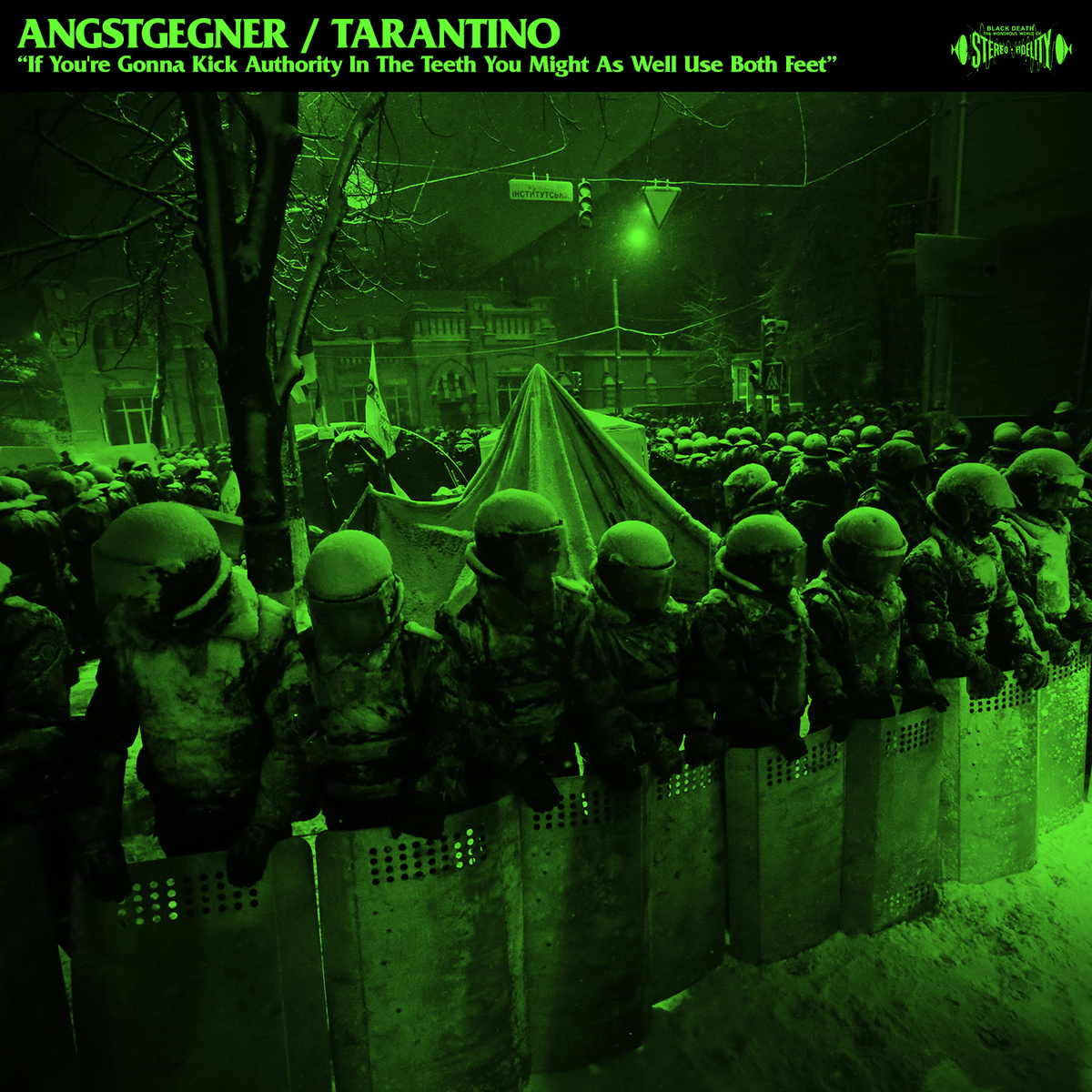 Black Death Records‘ roster mainly consists of bands that have at least one member in common with Dutch stonerpunks Otis. Angstgegner is no exception, since on the four songs presented on this split 7″, Otis-singer Mario provided vocals, while drummer Martijn did everything else. On stage, Razorblade drummer Ruud and a member of NRA on bass fill out this quartet, making Angstgegner somewhat of a Dutch punk super group. Their highly energetic but very simplistic take on old school hardcore punk, with weird lyrics about the Bearded Lady having sex with the Elephant Man among other subjects, doesn’t do much for me, but fans of early Black Flag will definitely go OFF! on this.

On the flip side, the deuzige bloedhonden of Tarantino present four tracks of their own specific brand of anger management. Mixing Negative Approach and Kill Your Idols style hardcore with a filthy punk vibe and adding elements of just about everything that has happened in hardcore punk since 1977, this is easily one of my favorite bands currently active in the Netherlands. They manage to impress me again. Stand out song Freedom of speech (for the dumb) could well be the soundtrack for current times: “Standards and values, misused by firebrands. Traditions are a tool to act intolerant. Gut feelings monopolized by idiots and fools. They call it freedom…Freedom of speech for the dumb”. These solid recordings prove that Tarantino isn’t getting nearly enough attention, so go check out one of their insane live shows if you can.