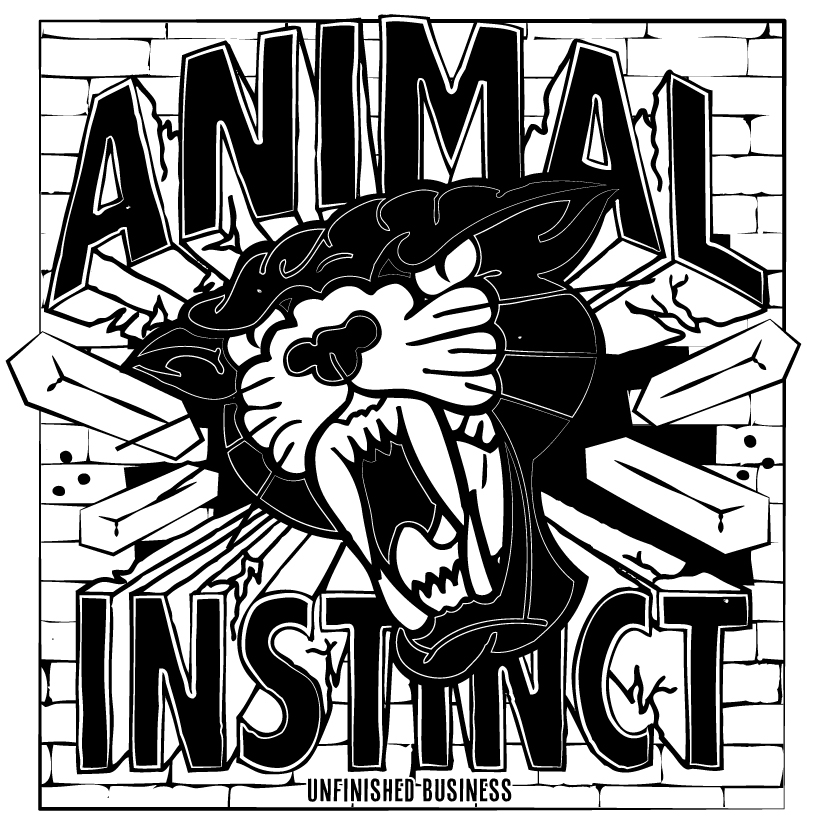 While being bored to death, what would suit you better than an excellent piece of oldschool sounding hardcore? Apparently the Swiss band Animal Instinct have released their debut album Unfinished Business. They play in-your-face hardcore with unpolished nails, performed with a blend of dirty riffs and vocals. This band has been around since 2010 and could therefore be considered relatively new. But featuring members from bands like Solid Ground, Vale Tudo, Play to Destroy and Liferide, makes them more like veterans.

So why not? You will surely not be bored when listening to this album, even though they could have added a pinch of variation. But going with the flow and embodying the formula of less is more makes the concoction more worthwhile. They’ve also outdone themselves with their cover of Killing Time‘s song Wall Of Hate, which raises the standard of the record a little bit higher. I would recommend this album for the more nostalgic persona, meaning that you probably won’t like it unless you’re interested in history lessons from remote pasts. However, it wouldn’t be impossible to like it if you’re into more modern hardcore either, since it also contains those elements.

Label: Take it Back