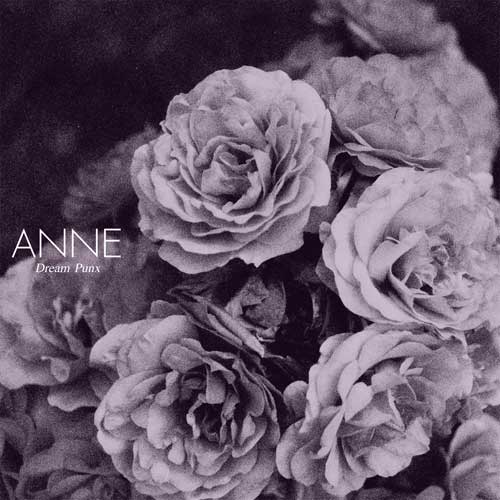 There have been quite a few shoegaze bands popping up in the past few years. One of them is Portland based Anne, whom recently released their LP ‘Dream Punx’ on A389 Records. The album is dark and a bit goth, but dreamy. And therefore it’s perfect for this time of the year.

Shoegaze is just like hardcore. There’s a pile of bands that try to sound good and you just have to look for the gems. And Anne definitely is such a gem. Dream Punx consists out outtakes from their demo and mixtape, together with a few previously unreleased songs. Altogether the album clocks out around 30 minutes. And I’ll be honest: It could or should’ve been a few minutes more. The record reaches its end by the time I really get lost in the dreamy landscape that’s called Anne.

The band brings you pretty much what you can expect from a shoegaze type of music: Fuzzy guitars, droning synths, distant and dreamy vocals and a melancholic touch. It’s not the most original album, but Dream Punx is diverse and perfectly balanced. It switches between slow, dark songs and more up tempo songs like ‘Lower Faiths’, which you can listen to below here.

In short I can say that if you like shoegaze, you should definitely check out Anne. Dream Punx reminds me at times of a mix between My Bloody Valentine and  the Cure’s ‘Disintegration’. If you desperately want to get lost in a dreamy musical landscape, you should look no further.