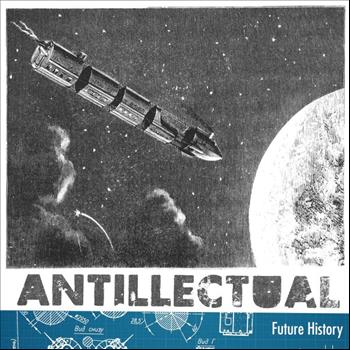 There’s no denying that Antillectual gets better with every release or change in bassplayer (choose whatever option you like). Future History was released last year as a teaser for a new upcoming record to come sometime in 2013.

The band has been touring all over the world and played from small squats to gigantic arena’s. Future History shows the musical evolution of the band as Antillectual gets more melodic with every new release. Willem’s voice gets better and where on the first releases the songs didn’t really stick with you, the tunes on this EP are catchy as hell.

As always the band addresses several topics both in and outside of the punk scene and add explanations and suggestions to gain more knowledge with every song.

The big question for the new Antillectual record will not be if it’s going to be a good release and one of the highlights of Dutch punk in 2013 together with that new Real Danger record. The question is if, and for how long, they can hang on to their current bassplayer because Glenn is a great addition. Both on stage and on record.