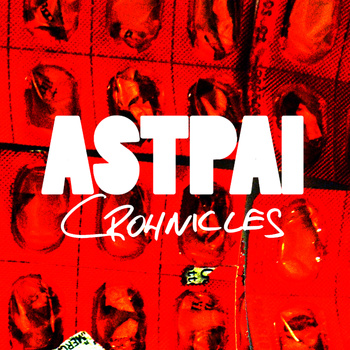 Wait, wait, dear reader I didn’t make a spelling mistake, don’t go harrassing Pim just yet. Astpai’s new EP is called Crohnicles and not Chronicles which you might think. Astpai’s singer was diagnosed with Crohn’s disease seven years ago and has had major surgery. The songs on this EP are his way of dealing with that.

For those unfamiliar, Astpai are a band from Austria who have been around from some time. The band has been compared with Strike Anywhere and Kid Dynamite but the new material from Crohnicles puts the band more in the same league as Off With Their Heads and The Flatliners (they will be touring Europe with them this November). The songs on this EP are as good as the ones you can find on Off With Their Heads latest stellar record Home.

The band had some international help with the record, it’s been engineered and mixed by Trevor Reilly and Mike Supina of A Wilhelm Scream and mastered by Stephen Egerton of The Descendents.

So if you’re into quality punk that doesn’t deal with songs about getting drunk or girls, you might have to go hit up Shield Recordings and treat yourself on a copy of Crohnicles. Punkrock EP’s hardly get better than this.