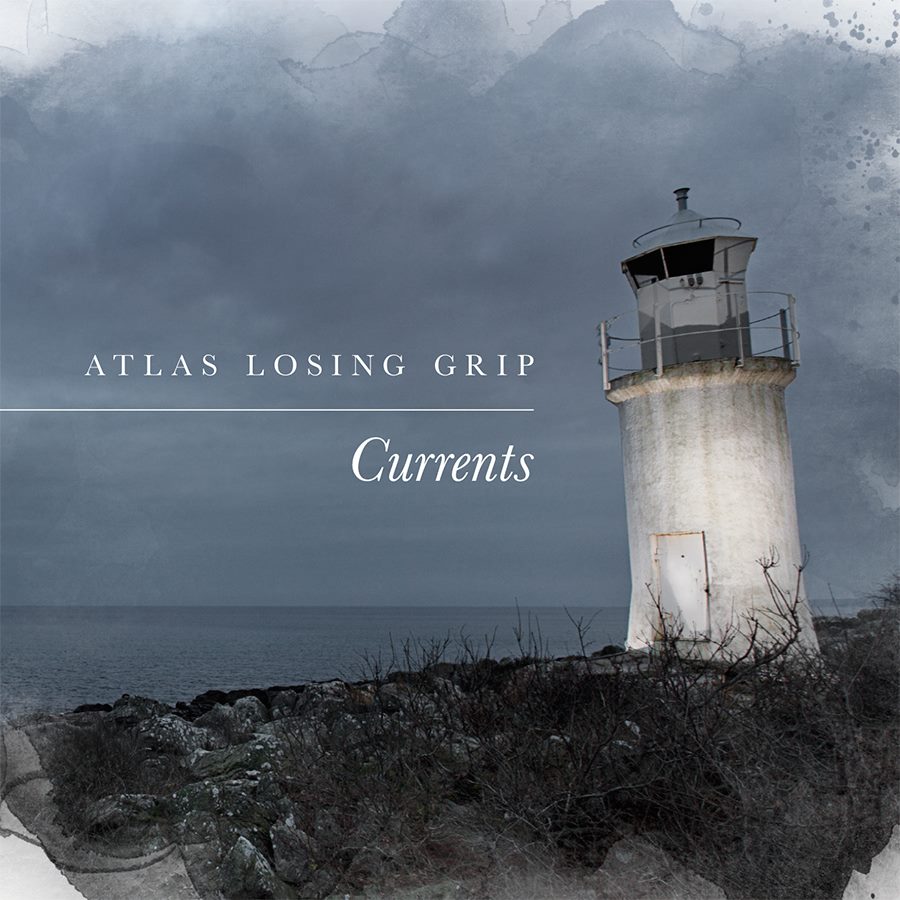 Sad news when Atlas Losing Grip announced in November last year that Rodrigo Alfaro, also known for his work with Satanic Surfers, left the band. Someone with such a characteristic voice seems irreplaceable, and to many he’s the reason why Atlas Losing Grip became a big dot in today’s declining punk rock scene in the first place. Especially now “Currents” is another climax and on Atlas’ next album with Niklas Olsson on vocals we can already expect some “it’s not like it used to be” or “Rodrigo was way better” comments. Regardless of his capabilities, which to me doesn’t sound bad at all (see the teaser below the review for a preview of his voice)

This album on the other hand still features Rodrigo on vocals. And well, Atlas Losing Grip evolved. Even though the heavy influences could also be found on their previous work, “Currents” is much more a tribute to metal bands such as Iron Maiden and Metallica than ever before. The straightforward punk rock style that could be found on “State Of Unrest” had to make room for long intros, metal riffs, harmonic solos and an overall anthemic feeling. Is it a problem? I don’t think so. The songs on “Currents” sound more complete, dynamic and still have Rodrigo’s angst filled vocal lines that just give you the chills. Listen to the opening track “Sinking Ship” and you’ll see what I mean. Although I’d like to call myself a punk rock purist, this heavy style Atlas Losing Grip have obtained on “Currents” is flawless and it’s hard not to get absorbed into their atmosphere. The overall sound might be more metallic and technical, but the songs are still very diverse and full of melodies. Each track has a different structure and nuances, but you still get that Atlas Losing Grip sound. The band came up with a comfortable foundation and never bothered to just put it on repeat. Instead “Currents” has both long and short tracks. Catchy and epic tracks. For instance the second track “The Curse” (3:26) is a catchy motherfucker that couldn’t be more different than “Kings And Fools” (6:13) and “Ithaka” (11:07), but Atlas Losing Grip get away with it. And they get away with it really, really good.

Like on Lagwagon’s “Hang”, the collaboration between metal and punk rock turns out really well. Punk rock for metal fans or metal for punk rockers? Call it what you want, over here Atlas Losing Grips’ “Currents” is a record that finds it’s way to my record player quite often. And it probably will for a long time. As for the sad news that this is the last album with Rodrigo, well there’s a bright side to it. In the last couple of weeks Satanic Surfers announced to re-unite and play at 2015’s Groezrock (Belgium), Resurrection Fest (Spain) and Punk Rock Holiday (Slovenia) plus probably more dates to come. Looks like after all there’s sunshine after the rain.