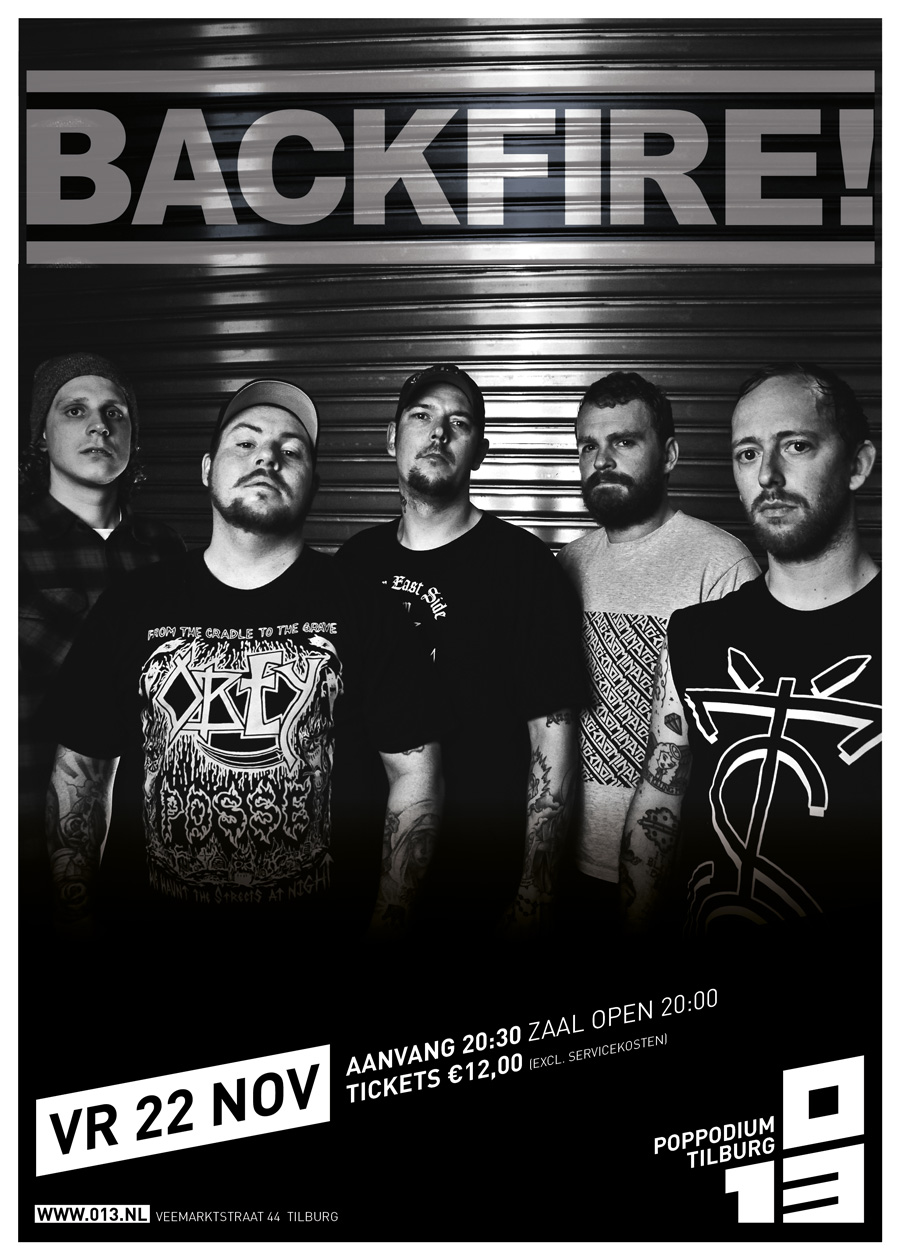 Like it or not but Backfire! has been a pretty important band in the history of Dutch and European Hardcore. Though the band is less active these days, they still occasionally play a show and most of the time that’s good for a somewhat reunion of people who really aren’t up to date with the current hardcore scene and a smaller group of young kids coming to get a blast from the past.

The Local Spastics are kind of a strange band to be opening up for Backfire!. Their southern Californian 80’s punk is pretty good, though most of the crowd seems to be having difficulties with the musicianship of these guys. The fact that the frontman doesn’t look like a real tough guy but has quite the student look might help as well. Yet, you only have to open your ears and close your eyes to imagine this band on a bill with Black Flag and Dead Kennedys and Social Distortion. As for a warming up, The Local Spastics are a better choice than 90 procent of modern hardcore bands who either copy Terror or Have Heart. At least this is original.

Less original but far more welcomed by the crowd were Backfire! It was my first time seeing the band in the new line-up including Sjarm and Giel. Both are great additions to the M-Town band. Sjarm’s backing vocals give the band just an extra punch and Giel is one of the most solid bassplayers around.

Lots of classics were played. 20G’s, Still Dedicated, as well as newer material from My Broken World. The band also covered Negative Approach and Warzone. Original members Wyb and  Pat are getting a bit older, but their presence on stage hasn’t changed a bit, well the whole bands seems to be more comfortable nowadays. There’s less of an aggressive vibe. They all clearly still love to get on stage. And at least the people in 013 love to drink and punch around on Backfire’s songs. Walking outside the lyrics to Still Dedicated was still ringing in my ear. Backfire are still dedicated and if they keep playing shows like this, I wouldn’t mind them being around for another decade.