Bad Brains – Into The Future 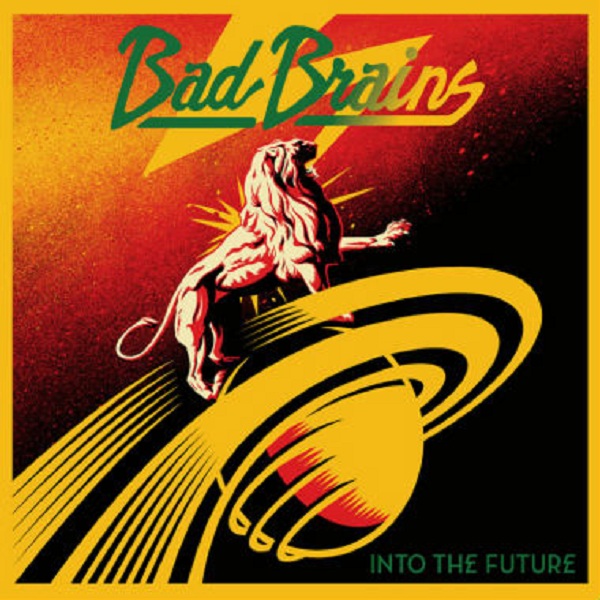 It took some time before it really clicked with me, but when it did… Boy do I love the Bad Brains. Not only their hardcore tracks, their reggae stuff as well. Earlier stuff, later stuff. Rise. I don’t care, I love it all.

Well, almost all. I was actually REALLY skeptical about this album because of their previous effort. “Build A Nation” is part of my collection, but I’m not going to give that another spin anytime soon. I don’t care what people say. Feel free to tell me I don’t get it or whatever. I just don’t think it’s a good album. I wasn’t expecting a jumping, screaming H.R., but to me, the hardcore songs sounded like they made HR sing some acoustic songs, cut his vocals out and pasted them over some, actually really, good tracks by the band. And they tried to hide that by adding tons of filters on the vocals.

So yeah, I was skeptical to say the least. But when “Into The Future” was put online, my skepticism slowly melted away. I had to admit it sounded pretty damn good, I mean it sounds like HR is actually singing the same song the band is playing. Hell, there’s part in there that sounds just like Sacred Love, probably my favorite Bad Brains song. Yes, “Into The Future” is a damn good song.

So when the promo landed on my doormat I was really curious to see if the other songs would be of the same quality. “Popcorn” starts great. At first I wrote down that I didn’t like the verse that came after the intro, but the second time it sets in I don’t even mind it anymore. I’m nodding my head and humming along. And to my surprise the quality more or less is pretty consistent for the entire album. The sound’s awesome and both HR & the band sound great. I also love the fact that they kept some remarks (made in the studio) in the actual recordings. It actually adds to the listening experience, like you’re listening to a raw session.

Just to get things straight: If you’re expecting the Bad Brains of the ROIR sessions you can skip this album. You’re also kinda insane for expecting something like that. Come one, how believable would that be? The band comes pretty close now and then (they sound amazing!), but H.R is over 56… Of course he doesn’t sound like those 80’s recordings anymore. He does sound good on this record though. If you actually can appreciate their later stuff I suggest you give this album a try. Even if you weren’t a fan of Build A Nation.

My promo CD-R only came with a picture of the cover artwork, but that thing looks awesome. I need to pick up a copy fast. And I’m glad to say I will actually listen to this one again. And again probably. INTO THE FUTURE!