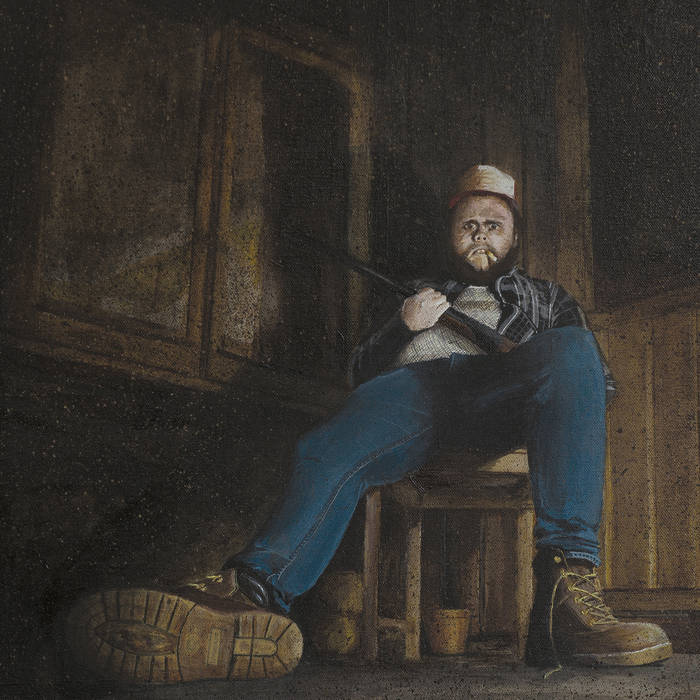 In the interview I did with Barren Womb last year they stated they were able to work faster because the band exists of only two people. Consensus is easily found that way. That shows, as it has taken the band only one year to come up with a follow up to The sun’s not yellow, it’s chicken, while also releasing a split with Grizzlor earlier this year. Another productive year for Barren Womb. Fortunately this does not mean they have diluted the quality of their music.

On The sun is not yellow, it’s chicken the band played a noisy form of hardcore reminding me of Refused, but with a lot of sidesteps to different genres. On Nique everything the band is more focused. More focused meaning they still make a lot of sidesteps, but now mostly in one direction. The band incorporates a lot of country/americana influences in their style, which makes for an interesting mix.

Barren Womb is also moving in a bit more serious direction I guess, as the bizarre song titles of The sun’s not yellow, it’s chicken are not the usual stuff on Nique everything (although a title like Man fucks burning goat isn’t found that often outside of porngrind…). The approach is a bit darker here, check for example opening track Make sure you get yr whole head in front of the shotgun. This track opens with the depressing lines “Everyday is exactly the same. Get up, go to work, still king of mundane.” The way it is delivered makes this song really powerful. True, the song ends hopeful stating every ending is a new beginning, but the road to that conclusion is not very uplifting. That’s not to say this is a depressing album though!

The album as a whole feels focused. The small changes the band incorporated in their sound are well received here. Nique everything is an album of a band that refuses to stand still, that moves forward without compromising. Check ‘m out, they deserve it!