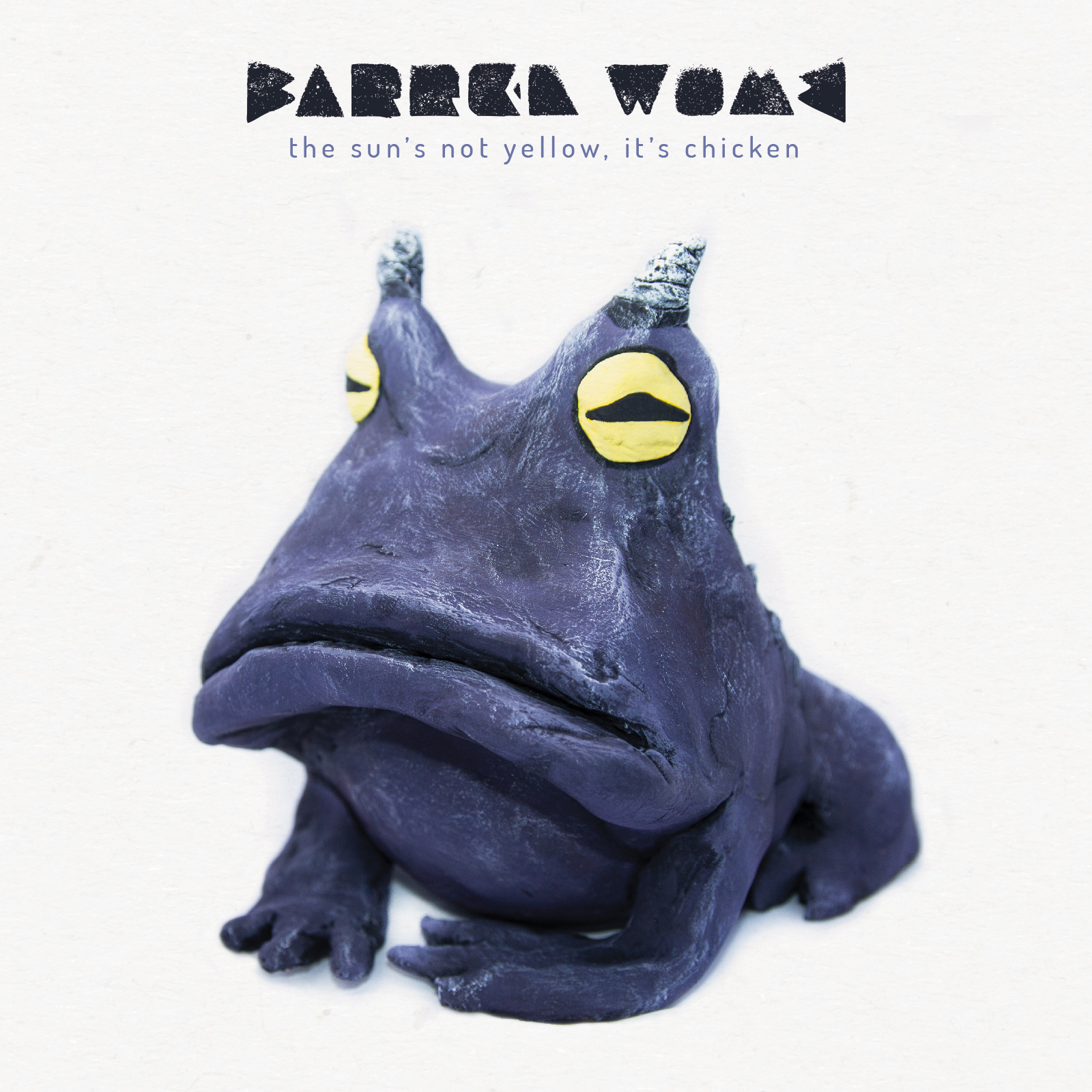 This Norwegian duo play together in this form only a couple of years, but already have released a couple of singles, splits and EP’s. They’ve released their debut full-length “The Sun Is Not Yellow It’s Chicken” recently. We have seen quite some duo’s in rock music the last couple of years (with The White Stripes as most famous example). I’ve grown to expect a certain type of bluesy, garage rock from these duo’s. Well, forget about that, ’cause that’s not what these boys deliver. The other thing that might fool you is the title of the record and the songs. You might think that a band that uses titles like “Obi-Wan Chernobyl”, “Assmasters Of Reality” or “Segway To Heaven” don’t take their music too seriously. I can assure you that this album is full of music that just asks to be taken seriously!

After having discussed what not to expect, what can I expect from these two weirdos, you might wonder? Well, Barren Womb plays a type of hardcore that’s heavily influenced by Refused. To set them aside as a carbon copy of that band would be very unfair though. Barren Womb seems to be a band that doesn’t mind crossing borders into other territory. Influences from different genres are blended in seamlessly. Black metal and post rock influences can be found here for example. Zombies never go out of style is a prime example of the post rock influences while on “Only Rainman” doesn’t change you’ll find your black metal influences. But there’s more. “Assmasters Of Reality” sounds like Refused covering a Queens Of The Stone Age song for example. Or you’re surprised with a rock ‘n’ roll piano solo in Kill hicks. In short, this is a very diverse record. Which is a good thing, ’cause with 13 songs and lasting in total for over 42 minutes this is a rather long album (for a hardcore band, that is…).

Is there anything else I need to mention? Yeah, the production for this album is outstanding. It’s quite massive. Something that is necessary to help you forget there’s only two people at work here. Oh, and for the vinyl lovers out there: there is a limited edition available that’s described as “Frog Eye”. You gotta love the attention for details displayed there…