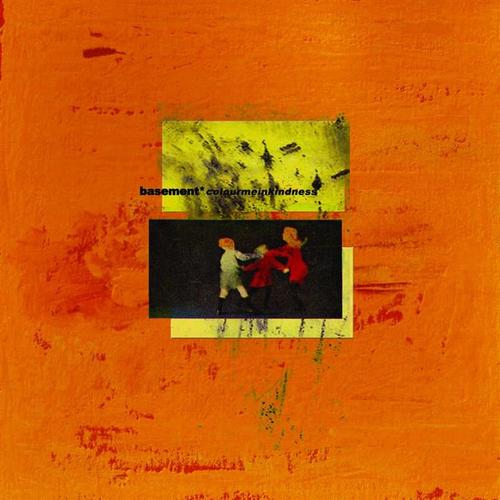 To realise that you’re listening to a band that is splitting up is somehow heartbreaking, particularly if you’ve never had a chance to see them play live. That’s the case when listening to this new Basement album. They’ve been dubbed the UK’s answer to bands like Make Do And Mend, Title Fight and Balance And Composure. Unfortunately, their album colourmeinkindness is the last thing they have to say.

Basement hails from Ipswich and wasn’t around that long, but long enough to make a big impression on the scene. In 2009 the band started with their demo, quickly gaining a big following. The band has shown a spark of the British scene that flourished in the ’90s with bands like The Promise Ring and Braid. Just doing this all in their own way and according to their own rules, Basement has shown their own unique sound in a way that worked for them: as a creative outlet: “Basement has never been about achieving anything; it was simply an enjoyable outlet for creativity and emotion.”

‘Whole’ sets the tone for this album, which demonstrates a familiarity with music styles we have been slowly forgetting. There’s a clear hint of grunge flavour to this track and to the whole album actually. The vocals are clear, but firm and give of the grey vibe of England. There’s something typically grey about the music of these British boys, though the inspiration becomes even more clear on ‘Covet’, where vocalist Andrew Fischer sounds like a wailing Kurt Cobain.

So the songs pour out, sounding like a modernised and revamped version of grunge meeting ’90s emopunk with these cascading guitar parts and pulsating rhytms on ‘Spoiled’ and the haunting ‘Pine’. The latter reminding of the early work of the Foo Fighters and perhaps some Screaming Trees. Its lyrics are those from an open heart: “I’m a liar, I’m a fake. Open up your trust, let me throw your heart away.”

There’s less of the hardcore sound and more subtlety on this album than on its predecessor I Wish I Could Stay Here. Songs like ‘Breathe’ and ‘Comfort’ are songs that even my girlfriend enjoys and that says something. In a way it’s rather horrible to say goodbye with an album that reeks of nostalgia and awakens the moods that came with discovering all this great music of a decade or more ago and Basement does just that on this wonderful album that sounds just like autumn. All things pass, including Basement.

The boys from Ipswich are no more as a band but this album with intense songs like ‘Black’ and ‘Wish’ makes me hunger for more. Let’s hope for a quick reuinion and more of this goodness. For now, this is the story of the band and they definitely left an imprint on the UK scene and has managed to make an album that shows a broad range of influences and revitalises the music that we hold dear. A salute to the past and an inspiration for the future.