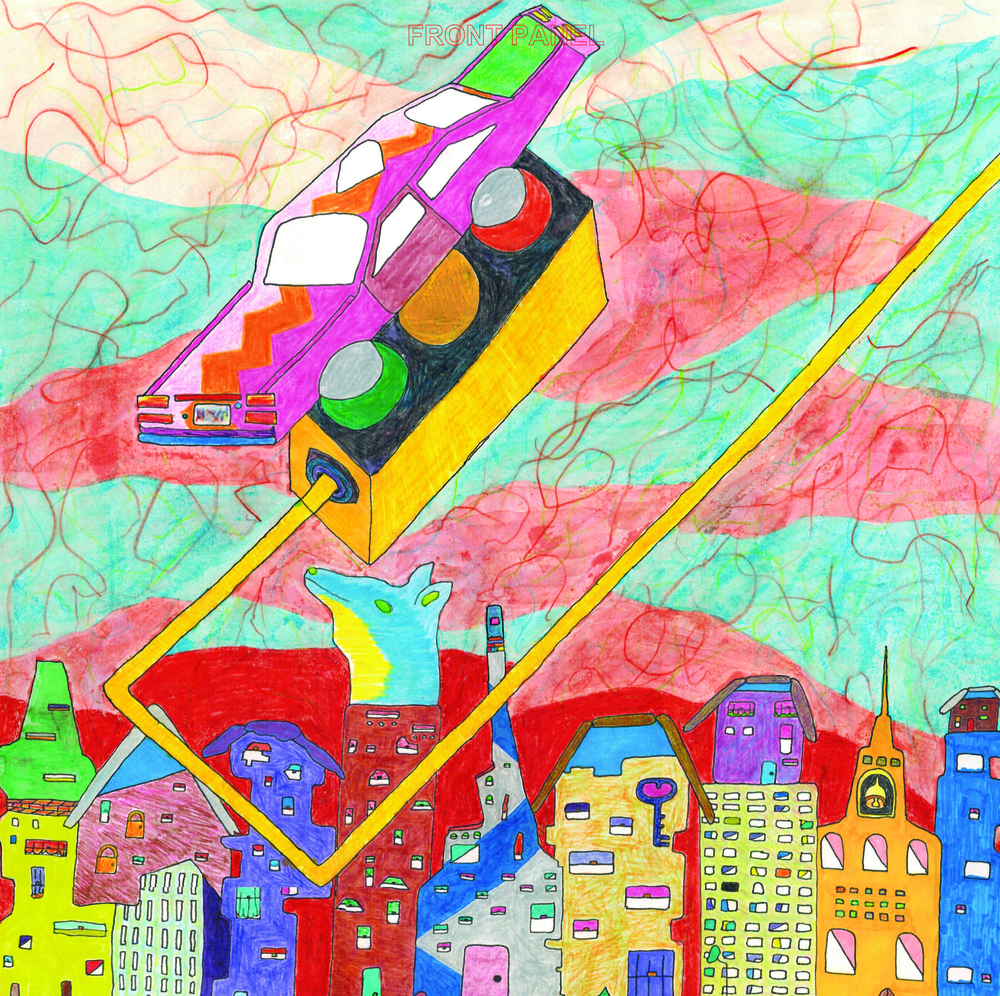 So there’s virtually no information to be found about the band Big French, apart from the fact that they are from Brooklyn and just released their album Downtown Runnin.

What you get is jangling, energetic rockmusic featuring vocals that range between gut wrenching and just plain weird. The band is connected to other Wharf Cat bands, like Blanche Blanche Blanche and Heat Wilson through band members Zach Philips and Quentin More. That’s all I’ve got for you. So we’ve got that pulsating, high energy song ‘I Love You’ opening up. From there on the band takes a step back with the mellow sounding ‘Downtown Runnin’ with those eerie vocals through soulful music.

The band has no trouble at all shifting from powerful stadiumrock to those sweet Beatles like melodies from song to song and the impression prevails that songs like ‘How Many Times’ and ‘Payback’ have started during a fuzzed out rehearsal jam, where Miami Vice was playing on the background while simultaneously Captain Beefheart and Frank Zappa were spinning on the turntables. Songs like ‘Allison’ make you wonder if this band is actually trying to pull of a weird joke here.

The fuzzy guitar parts get muddled in a melodrama of synths and layered riffs throughout this album, which mainly can be called weird. The songs seem to be so random, in lenght as well as their sound. You know what, just check it out for yourself. If you have a strange love for hippies and freak folk, this should be right up your sleeve. Big French ahoy!