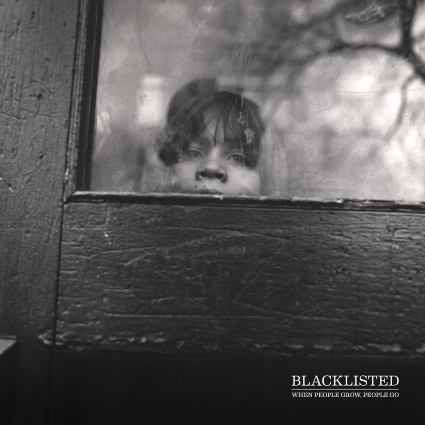 Dennis Blacklisted is a band known for it’s development soundwise. From raging hardcore to the grunge-inspired “No One Deserves To Be Here More Than Me“. Even though I enjoyed that album I was exited by their return to more hardcore related music on “So, You Are A Magician?” At the time you were happy with NODTBHMTM, Pim. How do you feel about that album now?

Pim I not nearly listen to it as much as I expected. To be honest, aside from the opener “Our Apartment Is Always Empty” that’s on my Spotify playlist I have no idea when I listened to any of the other tracks on that album for quite a while. For this review I put it on again though and I’m asking myself why I don’t play it more often, I still think it’s great. I love the “Nirvana” vibe that record has. But that’s no big surprise right?

Dennis No, that was pretty predictable. Now, onto the new album. “So, You Are A Magician?” wasn’t a one time experiment. Blacklisted delved into their past and worked it’s way back to more hardcore grounds. The great thing about “When People Grow, People Go” is that Blacklisted did keep the best things from NODTBHMTM, “Foreign Observer” comes to mind, with it’s slower, more experimental vibe.

Pim It took me a couple of spins to get into this record though. At first I didn’t dig that “working it’s way back to more hardcore grounds” you’re describing at all. Actually, I still don’t care about the shorter and faster outbursts. I like my Blacklisted slow and heavy. But the more plays I gave this record, the more the songs begun to grow on me. Especially the last song, “When People Grow, People Go”. “Foreign Observer” comes to mind too, with Nick WOJ of Cold World doing guest vocals. What are your favorites?

Dennis I see what you mean. At first I felt the record was made by a band that cannot choose which style to play. After a couple of spins it turns out to be pretty great. Album opener “Insularized” is a perfect example of that spirit. At first it breathes an experimental vibe to speed up into hardcore territory. When at first I couldn’t get into it, it is now my favorite of the album. The part were George Hirsch sings “We all die disguised” really grabs me by the throat. That really helps.

Pim I love that melancholic opening riff of “Insularized”. All in all, I think people who complained about Blacklisted getting too soft are going to love this record, don’t you think?

Dennis I’m not 100% sure about that. They could still be disappointed by the slower, more experimental parts. But you can’t satisfy everyone, can you? I think at least a part of that crowd should be happy with what Blacklisted have come up with this time around.

Pim And what about the artwork? That deserves a mention too. I really like the sleeve, both the front and the back looks really classy. Especially with the title of the record in mind. The lyric sheet is a bit plain though. Oh well, it makes the lyrics easy to read, which isn’t a bad thing in this case.

Dennis Somehow the desolate vibe of the artwork brings back memories to the artwork of Heavier than heaven, lonelier than god. Funny, ’cause there’s not much connecting the two, other than that vibe. Oh well, I’m happy to conclude that Blacklisted is back with another great addition to their discography. I’m happy with this album. 85 points is what I’d give it. How about you?

Pim 80 or 85 sounds about right to me. Now let’s see if I actually get around spinning this one a bit more.