Bob Mould – See A Little Light: The Trail Of Rage And Melody 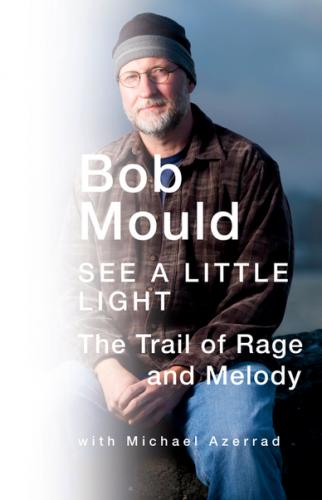 I love good books and I love good music so when the two come together I’m usually more happy than my son is with a new box of Lego. See A Little Light is one of those occasions. This book is more than the story about Hüsker Dü, it’s the life of Bob Mould as told by himself. And Mould is honest, hard and open, pretty much like his best songs.

Mould grew up in a dysfunctional family in small town America. Apparently he knew he was gay from a young age but was afraid to come out of the closet, the fact that an openly gay guy from his town got hanged probably didn’t help much. Mould finds refuge in music and alcohol, starts to play guitar and eventually escapes from his alcoholic and paranoid dad when going to college in Minneapolis. It’s there that he meets up with Grant Hart and Greg Norton and Hüsker Dü starts.

From reading the book you kind of get what kind of struggle Hüsker Dü was. Not only a struggle to get shows and food but also a struggle within the band between song writers Mould and Hart. Mould explains where some lyrics come from and throws some anecdotes here and there about being in one of the most prolific punk bands of the eighties. It’s also about Mould’s abuse of drugs and alcohol, about him being full of rage and burning bridges.

The great thing about See A Little Light that in those early chapters of the book, the rage of Mould comes of in his words. He’s hard on his former bandmates as well as on himself. The further in the book the happyer Mould gets and this also reflects in his choice of words.

A large part of the book is about Mould being gay but not in public, about his long relationships and where those went wrong. It’s about a search for who he is outside of a punk rocker. Something he finds about more when going from gay scene to gay scene, exploring a whole different world and finally coming across the bears.

In between Mould releases a couple of solo records, gaines even more recognition with the short lived but very succesfull band Sugar, writes story lines for Hulk Hogan and other wrestlers, discovers dance music and becomes a well known gay DJ.