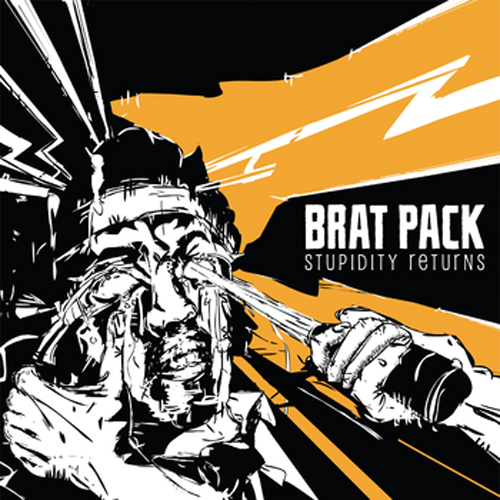 Yeah they might sound young, loud and snotty. But there’s a whole lot more to Brat Pack and they finally show it on their second full length ‘Stupidity Returns’.

Ever since their 2006 demo this Dutch band has been hailed as the successors of famous Californian punk bands like RKL and early NOFX. Though these comparisons can be still rightfully made, ‘Stupidity Returns’ gives Brat Pack a more mature sound of their own. The slow and moody ‘ Nothing To Hide’ is a great example of this.

With songs like ‘Delusional’ and ‘Mall Rats’ the band proves to be on top of their game. Vocal delivery, riffing and drums. It’s all spot on, as well as the production and the artwork.

Let’s face it, if ‘Stupidity Returns’ was a record released by an American band in the eighties, everyone would by now see it as a classic record that combined the best elements of hardcore and punk. The fact the record is released in 2011 by a Dutch band doesn’t make it less good.

Listen to the record here: