Continuing in a similar musical vein to previous effort ‘Judgement’ the opening track No Good Deed (Goes Unpunished) kicks off proceedings in a typically tough guy fashion, huge drumming powers the track along up until the mosh break which drops just before the 1 minute mark. If this song doesn’t get people moving when played live, nothing will. The outro riff is scattered with pinch harmonics that throw the sound back to a more metal based origin, which refreshingly really works for BxP.

I’d go as far as saying that the title track to this E.P is the best song that Breaking Point have written in their time as a band so far. The opening riff is built for puffing your chest out to before moshing into every available person when the verse riff kicks in. On the first play the end riff will have you banging your head along without a second thought, it’s pretty much a subconscious reaction.

After listening to this E.P a few times the one thing that really sticks out is just how much Breaking Point have tightened up as a band. The guitars lock together to create some really punishing riffs and the drums and bass provide a unrelenting backing for the rest of the band. Frontman Louis has really stepped up his vocal effort which takes the songs to a different level. When he spits “I wont change and I wont break” on closing track Overshadowed it’s the pure rage in his voice that really demonstrates how much this E.P was written on aggression with a single point to prove.

Breaking Point have proved their point that they are at the top of the game for UKHC bands at the moment, very few get close to them and with the release of this E.P their position at the top is only going to strengthen. Go and pick this up, you will not be disappointed. 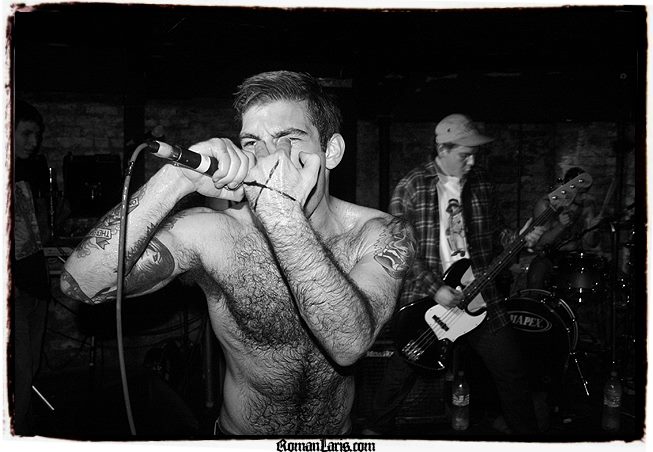