Bring On The Bloodshed – Dark Clouds 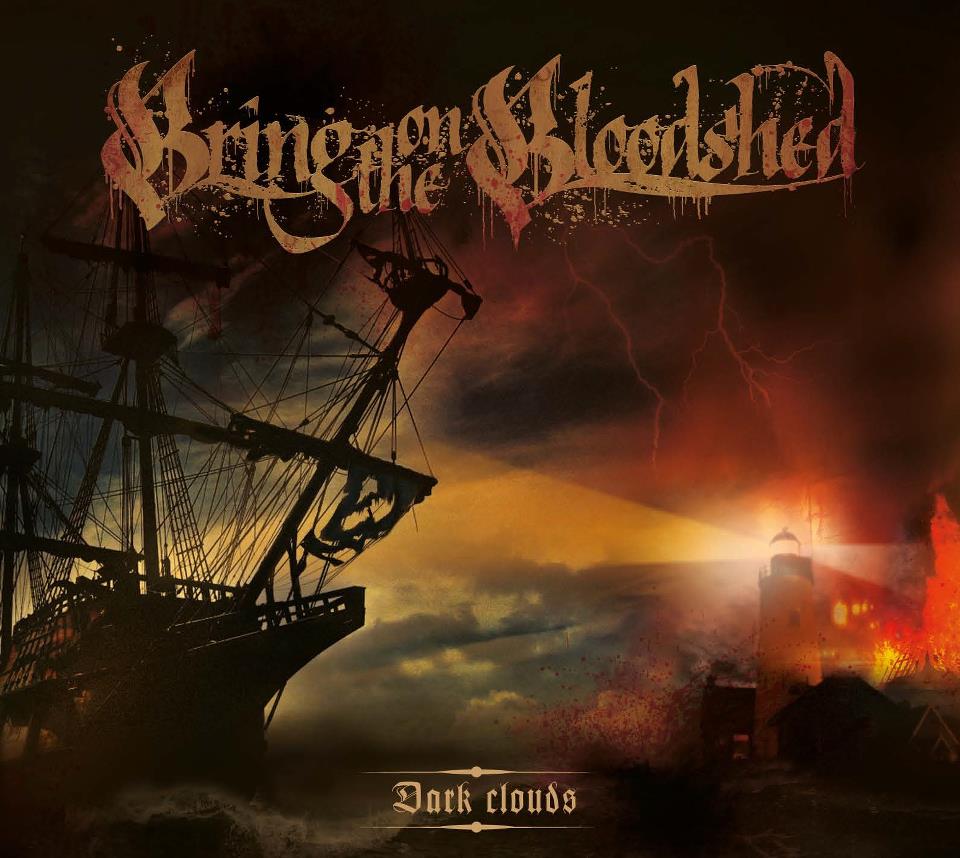 If there is one thing I like in hardcore, it’s people who have been around for ages not throwing in the towel, but popping up in new bands. The Dutch battle tank known as Bring On The Bloodshed consists of ex-members of Standard, Darkdayrising and With Pride among others, so there is no question these four guys and one chick have experience to spare.

Dark Clouds is the band’s debut full length and contains 8 tracks of groovy, mid-tempo 90’s metalcore (not unlike 100 Demons), with lot’s of slow breakdowns and death metal riffing. The engineers at Double Impact must have pushed the ‘CRUSH EVERYTHING!’ button on their sound board when BOTBS entered the studio, because this disc sounds like an entire herd of rampant bulldozers ominously rolling from your stereo. Rogier’s low growling ‘cookie monster’ vocals (combined with Maggy’s bone chilling backing screams) may not be for everyone, but they are certainly effective spewing all sorts of death threats and war declarations.

I must say the individual tracks as well as the album as a whole tend to get rather repetitive after a while. It would have been cool if there would be a little more of the up tempo thrashing that dominates opening track Scars, definitely the stand out track for me. This is hardly a ground breaking record, but I doubt BOTBS set out to record one. If you need something heavy to bang your head to, Dark Clouds (which comes in a great looking digipack) is well worth your attention.

Band: Bring On The Bloodshed